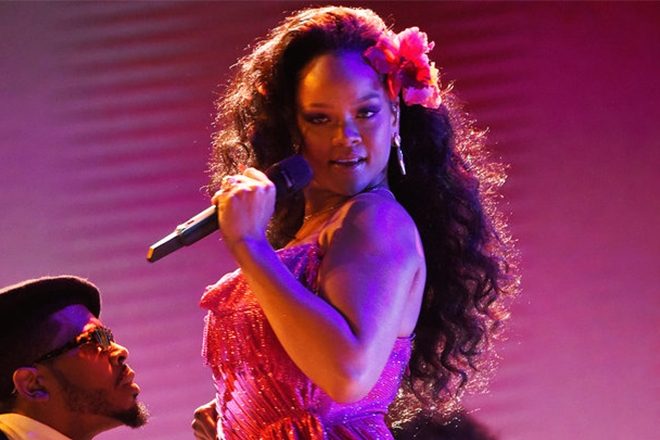 Barbados-born pop sensation Rihanna reportedly has over 500 dancehall tunes to choose from for her new album.

According to Rolling Stone, Rihanna is currently working on two different albums - a pop record and a dancehall record. The latter of two, which will be released on the famed imprint Roc Nation, is an ode to her Caribbean roots and aims to further embed dancehall's gyrating sound into the American pop music market. The album has been in the works for nearly a year and a half.

Collecting sounds from various camps all over the world, many of the tracks collected by Rihanna and her team are from lesser-known Jamaican and Caribbean-born artists. The overstock of track submissions also includes productions by well-known artists such as R. City, Chronixx, Kranium, Boi-1da and Skrillex. According to one source, Rihanna's team is still looking for more productions.

Word as to when Rihanna's new record will see the light of day remains unknown.