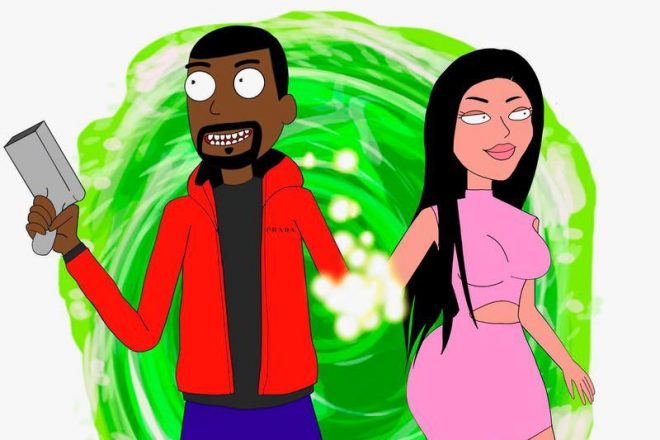 After announcing the acclaimed series would return for a fourth season this November, Roiland and Harmon sat down with WarnerMedia to answer a few questions about Rick and Morty. When asked about their most famous fans, they opened up about their connection to Kanye West.

According to The Blast, Roiland and Harmon shared that they are also big fans of their biggest fan, Kanye West. The rapper has been vocal about his love for Rick and Morty, tweeting out his support of the new season announcement while also saying he's seen every episode more than five times each.

Harmon went so far as to say they'd like to do an entire episode focused on Kanye West: “I’m giving him an episode, I’m making it official. We have 70! He can have one. Kanye, you can have an episode.”

Roiland echoed the offer: “Come hang out, write a Rick and Morty episode with us. It’ll be the Kanye episode. I’m so down. That would be fucking amazing actually.”

it remains to be seen when this Kanye West episode of Rick and Morty will come to fruition, but since both parties are fans of each other it seems to be a high possibility it will happen.