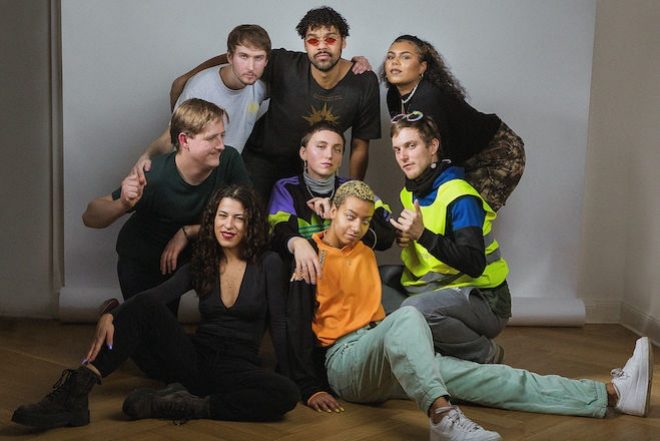 The name ‘Queens Of Club’ is a homage to DJ Technics’ 2001 compilation ‘Queens of Baltimore Club’.

The compilations are entirely produced, mixed and mastered by women and non-binary people. They are intended to platform artists marginalised by the music industry mainstream; by virtue of how they’ve gone about creating the compilation, it also provides a helpful precedent for labels, artists and industry executives going forwards.

Read this next: Pushing back: women are dismantling the hardcore boys’ club

As the press release indicates, the compilations are ‘intended for everyone and anyone who likes to shake their ass at high speed’. The upcoming ‘Astral Booty’ features contributions from Morphena, Sarah Farina and Coca Cobra.

The release is accompanied by a 2GB custom engraved USB stick which contains both compilations and bonus material, including extra tracks, unreleased demos, remix stems and sample packs.

Preorder ‘Astral Booty’ and ‘Night Shift’ here, and listen to ‘Get It Gurl’ by Sarah Farina below. Check out the full tracklist below.