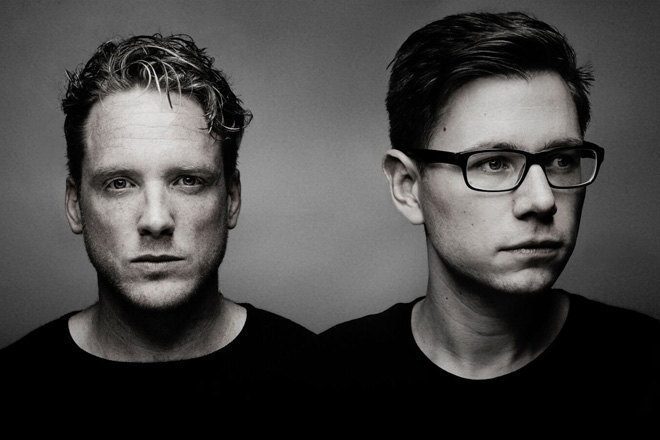 Being drafted in for a collaboration with Goldie is some achievement, especially when it's for a track on his first album in 10 years.

Ulterior Motive swept up the opportunity and the result was 'I Adore You', a powerful drum 'n' bass track that pulls at the heart strings.

Their relationship with the Metalheadz boss was evident during their set in The Lab LDN, laughing and joking with him while rolling out a potent, fierce and cranky d'n'b selection.

After work on Metalheadz and Shogun Audio among others, the duo are launching their own label, Guidance. What originally started out as an event in 2007 will now be a platform for "beautifully and intricately crafted music and sound that can shake any venue to its very foundations."

'Guidance 001' kicks off proceedings with collaborations with Icicle and SP:MC and two solo tracks. One of those is 'The Wobbler', spearheaded with zigzagging groans and grumbles as SP:MC delivers intricate rhymes.