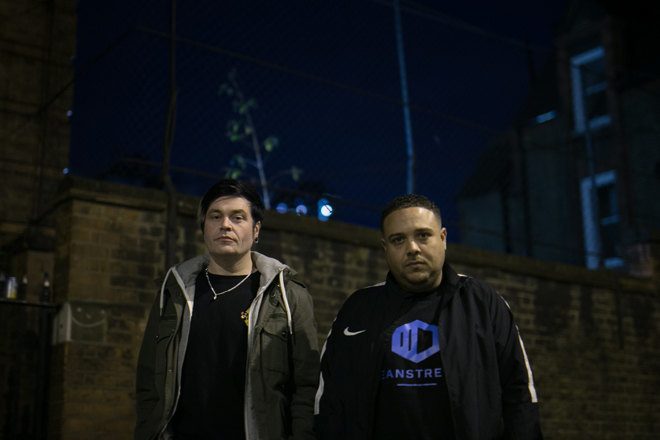 This isn't the first time we've featured music by Trends. Last year, we premiered the Oxford producer's remix of 'Old Skool 2' by Geeneus, a ragged and wobbly cut on Boxed. Boylan's also got affiliations with the label, previously hooking up with Spooky on the searing 'Peckham To Hackney'.

Trends' latest full release was the 'Blood Shed' EP and it's not for the lighthearted. He goes fully in with lairy bass kicks, cranky horns and all sorts of erratic audio behaviour. Boylan's no different. Check 'Shimmy', his solo production on the pair's forthcoming 'Norman Bates' EP, to see the pulsating levels of aggression he reaches.

'Norman Bates' has had a lot of love this year and when it comes from a grime hero in the form of Slimzee, you know it's well worthy. It's been doing the rave rounds since the beginning of the year and it'll be getting released on December 16 via Oil Gang, a label that houses records by Novelist, Murlo and JT The Goon.

If a grime tune's going to a make it onto a horror film soundtrack, this one's a flying contender with its shrills and horrifying screeches. Plus, there's the ridiculously weighty bassline and the blazing vocal. Say hello to 'Norman Bates'.