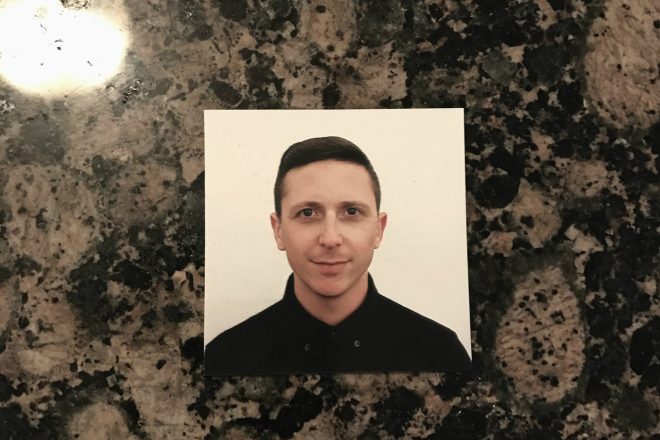 As a booker and resident DJ at Chicago’s influential Smart Bar, Olin knows a thing or two about good music.

The Kansas-native has been serving up unique slices of idiosyncratic house in his sets for the better part of a decade, and after forming a tight bond with The Black Madonna was picked up by the club in 2013.

It could have been a different story if he hadn’t picked up a disco CD from a gas station when he was playing in punk and metal bands as a youngster but thankfully he did. His music taste is helping keep the legendary venue’s flame flickering, pushing it to remain progressive while celebrating its 34-year history.

Olin has also been producing since 2012 and dropped releases on Argot, Detour, Giegling and God Particle.

His latest effort comes via his own label, Boundary Monument. The ‘TPI’ EP is the label’s second release following his ‘Conne’ EP and features four cuts ranging from moody minimalism to slow-evolving deep house.

‘Thanks Rob’ is one of the EPs thickest grooves. A straightforward journey through layers of esoteric chimes and strings moored by a pounding bassline. The track’s atmospheric swells will leave a dancefloor mesmorised.

Buy the 'TPI' EP on February 28 and pre-order now.