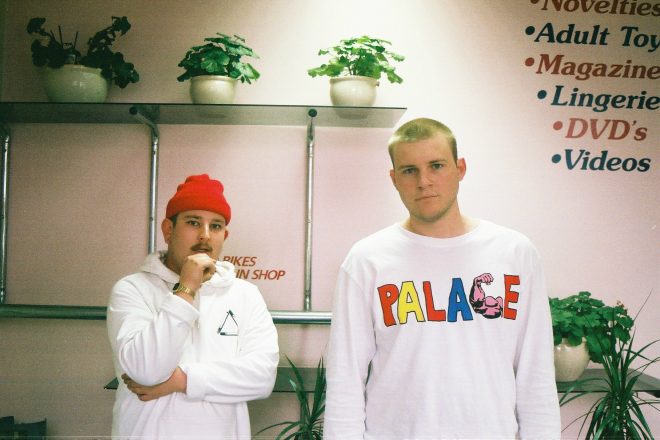 Irish house heroes Bicep’s Feel My Bicep label has always been a family affair. Built on the foundations of their blog of the same name, it’s been the place for themselves and mates to release material like storming anthems ‘Vision Of Love’ and the Bicep remix of 808 State’s ‘In Yer Face’.

But after four years of almost exclusively Bicep material, the Irish duo has signaled a change in their philosophy, and potentially a stream of hidden gems to come, passing on the baton to two unheralded Kiwis for a groundbreaking release.

Born out of a USB passed on at a gig in New Zealand a year ago, Sandboards’ 'Visa' EP represents the first release on the label to not feature the bosses. With Bicep’s standing in UK dance music as trendsetters much respected, it’s high praise indeed for the duo making tunes on the other side of the world.

Having copped a b-side spot on Krystal Klear’s Cold Tonic label since the tracks were handed over, this represents Sandboards’ fully-fledged debut. Stacked with shimmering arpeggiators and steaming synths, the EP slots in neatly with the rest of the label’s anthemic output. Eyes to the floor grooves and hands in the air moments are in equal abundance.

Second cut ‘Pinnk Slippz’ is an intoxicating blend of new and old, marrying 90s nostalgia with modern production, dusty breaks and ominous tones that wouldn’t sound out of place on an Orbital track. Check out the track below.

The 'Visa' EP will be released October 31