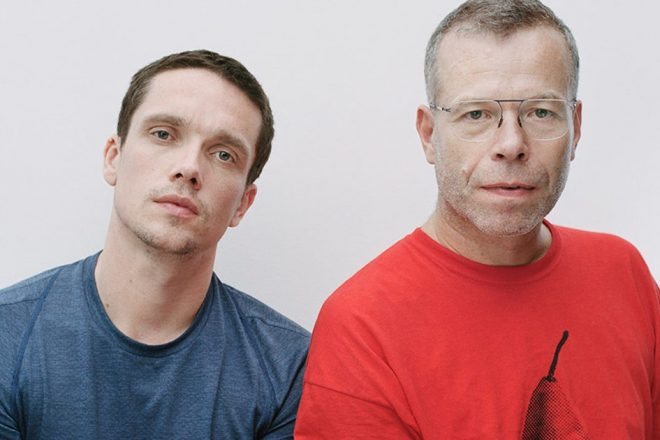 Powell and Wolfgang Tillmans are joining forces to release a new EP titled ‘Spoken By The Other’ via XL Recordings.

The pair first met at the Tate Modern back in 2017, when contemporary artist Tillmans was programming a slew of performances to coincide with his exhibition at the London gallery. From there, Tillmans went on to direct visuals for Powell’s 2017 track ‘Freezer’.

However on the new collaboration, the duo come together as Powell Tillmans to merge Tillmans' vocals merge with Powell’s productions. ‘Spoken By The Other’ was recorded between Berlin, London and Turin, with the pair performing a live A/V show together in the Italian city at last year’s edition of Club To Club.

London-based artist Powell is no stranger to XL Recordings, with a slew of releases on the label over the years alongside releases on his own imprint Diagonal Records. Meanwhile Tillmans is internationally recognised for his various creative endeavours. Musically, the Turner Prize-winning artist and designer has released a string of electronic music offerings in recent years, with his track ‘Device Control’ closing Frank Ocean’s visual album ‘Endless’.

“I think a lot of Wolfgang's work is to do with vulnerability,” says Powell via a press release. “Recording the EP was almost the process of losing the expectations that might be placed upon myself. People have described it as a vulnerable record, and that transparency and honesty is how I felt making it. It made me feel very out of my comfort zone, but I think working with Wolfgang has pushed me to trust myself more. To feel more.”

‘Spoken By The Other’ lands November 16 via XL Recordings. Watch the video for lead track ‘Feel the Night’ below and check out the project’s tracklist.