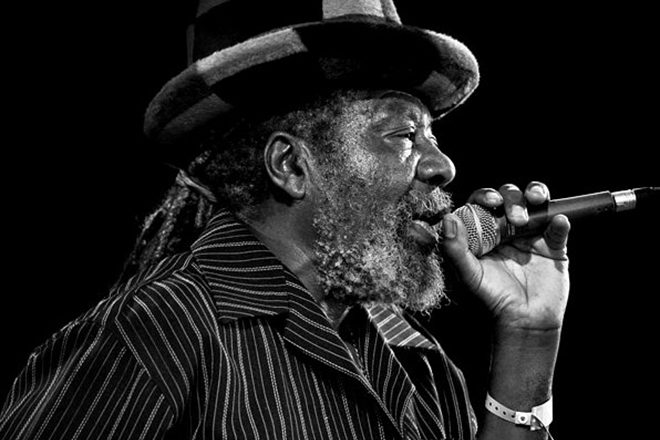 ‘Solid Gold U-Roy’ is a posthumous album coming from the dancehall and dub legend just months after his passing in February.

The record is set for release on July 16 via Trojan Jamaica and BMG records, featuring a track with Santigold released just days ago, ‘Man Next Door’. The song is a cover of the Paragon’s 1960s track of the same name, which U-Roy has previously sampled.

The visual for the track which has also been released which sees U-Roy and Santigold join forces in a separately filmed montage. The late musician was filmed in 2018 before his death, with Santigold’s parts recorded separately after.

Read this next: Jamaican reggae and dancehall pioneer U-Roy has died

“He was a major pioneer in a genre that influenced me so deeply. And it just so happened that the song I was asked to sing, ‘Man Next Door,’ has been a favourite of mine since I was a little girl,” said Santigold on the new track.

"It felt so special to get to sing that song in particular—I knew the harmonies in my body without having to think for a second—and to hear his voice cutting through, driving the rhythm, drawing us all into his world. What a gift that I got a chance to sing on this track with him. He was one of the greats.”

Read this next: 28 photos of sound systems through the ages

U-Roy passed away on February 17 this year at age 78. Trojan Records paid tribute to him, dubbing him a ‘reggae phenomenon’. The musician and DJ was known for pioneering a musical style named toasting, where vocalists would speak over the top of reggae and dancehall music.