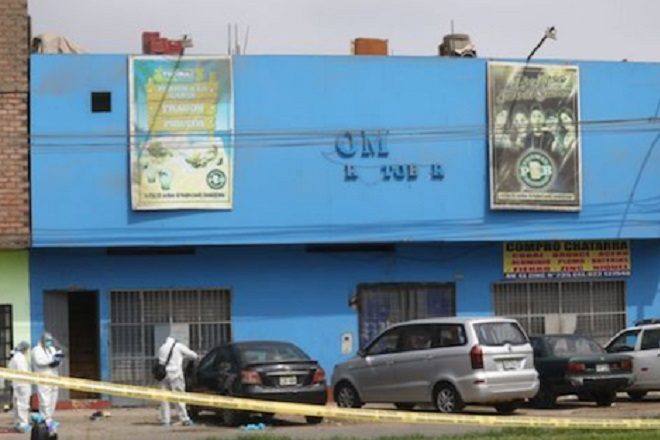 A police raid at the Thomas Restobar Club in Peru’s capital Lima has left at least 13 people dead.

The venue in the Los Olivos district of the city was raided by officials for an alleged breach of COVID-19 restrictions. Around 120 people rushed to leave the second floor of the venue when police arrived, and 11 men and two women aged in their 20s and 30s were crushed to death or asphyxiated, reports the Guardian.

Neighbours alerted police about the existence of the illegal birthday party gathering. Some eyewitnesses have said tear gas was used. This has been denied Peru’s interior ministry.

23 partygoers were arrested at the scene, including the club’s owners, a married couple. 15 of those arrested have tested positive for coronavirus infection, said the Peruvian President, Martín Vizcarra. All 60 police officers involved in the raid are also set to be tested.

Orlando Velasco of the national police said to local radio station RPP: “In these circumstances when people begin to fight to get out, it’s tumultuous, everyone goes against each other.”

A statement from the interior ministry said people tried to flee the venue en masse through the only entrance door and caused a crush between the door and a staircase leading outside.

President Vizcarra said: "I have sorrow and I have sadness for the people and relatives of the people who have died, but I also have anger and indignation for those who were irresponsible by organising this. Please reflect, let's not lose more lives due to negligence."

Peru is the second hardest hit country by the pandemic in Latin America, recording 585,236 cases as of Saturday, with a known death toll of 27,453.

Nightclubs in Peru were ordered to shut in March and a ban on extended family gatherings came into place on August 12.