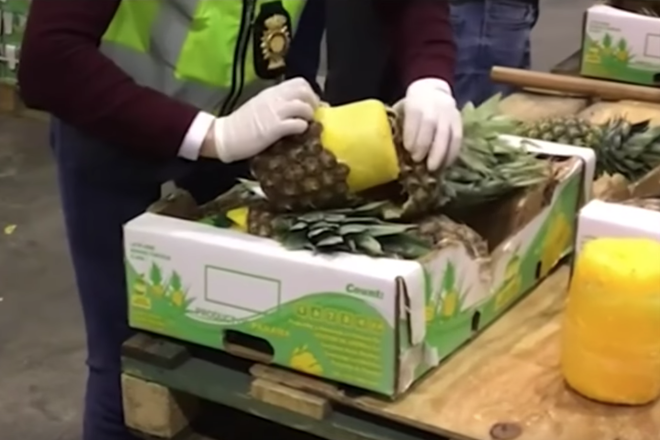 Portuguese and Spanish authorities have seized 745 kilograms of cocaine that a Colombian drug ring was attempting to smuggle inside pineapples.

In order to disguise the drugs as fruit, the smugglers packaged the cocaine in yellow wax that was then covered in hollowed out pineapple skins.

According to BBC News, the recent sting was part of an ongoing investigation between Portugal and Spain.


Nine members of the drug ring were arrested in the bust while authorities also dismantled a lab and seized €400,000.

Portuguese investigators released a statement stating that the Iberian Peninsula is a major route for drug smugglers: “This organised international group had repeatedly brought large quantities of cocaine to the European continent.”

This wasn't the first time police found drugs inside fruit. Last year over 12,000 kilos of cocaine were found inside a shipment of bananas in Holland and Belgium.

Watch the video below to learn more.