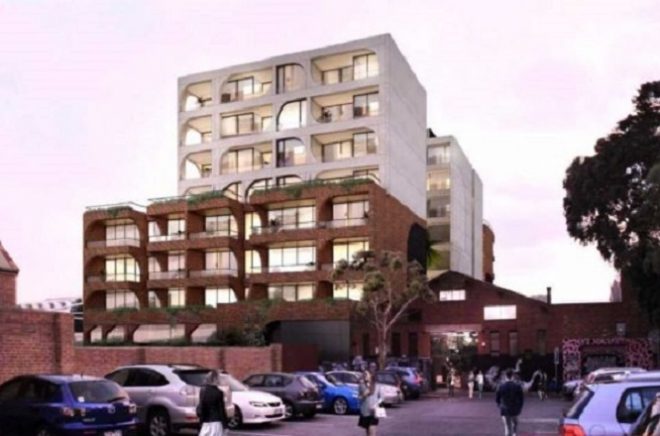 Plans for a 72-apartment development behind a favourite Melbourne live music venue have been rejected by the local Moreland Council.

The owner of Howler in the inner northern suburb of Brunswick, Brendan Brogan, had feared complaints from new residents if the residential tower was built.

"The councillors rightly believed that 74 apartments next to a live music venue would be problematic," he told The Music.

"They saw that the design didn’t take into account the agent of change principle (which protects live music venues from noise complaints by new residential developments in the state of Victoria) and that more design would be needed to enable residents and Howler to co-exist.

"It is a massive win for the music industry. It means music venues are genuinely starting to feel the protection of the agent of change law."


The agent of change principle requires a developer to include noise attenuation measures when a proposed residential development is within 50 metres of an existing live music venue.