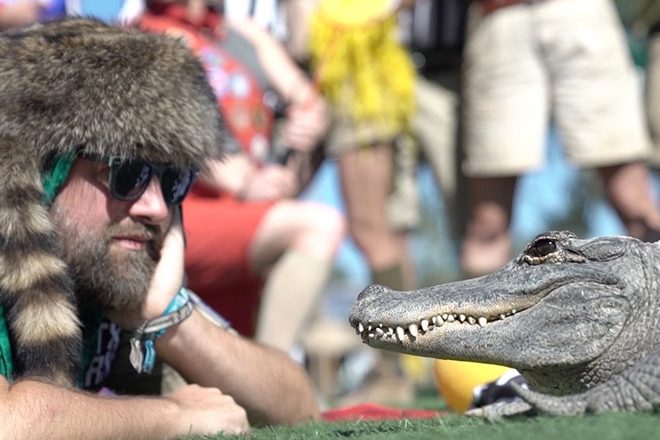 Following the festival’s opening party on Thursday night, the county pulled Dirtybird’s festival permit and closed its gates as people were just starting to enter the festival grounds. The subsequent social media announcement about the festival’s closure caused quite a stir, but fortunately the gates opened up again only a few hours later and the the event carried on.

Good news campers! Gates have been re-opened and campgrounds are open. ⛺️

The music schedule for Friday night was postponed and rescheduled for Saturday. In an interview with Billboard, Dirtybird’s head-honcho Claude VonStroke provided some insight on what it took to get the festival’s music program up and running again: "We battled tooth and nail to pull Campout back from the brink. We had everyone calling the county to help us, Senators, Governors, lawyers, even Pitbull!”

You heard it right. Pitbull. The unofficial ambassador of Florida selflessly pulled through in helping Dirtybird Campout in getting its bounce back in the Sunshine State.

It appears as though Pitbull stays true to his mantra: ‘Don’t stop the party’.