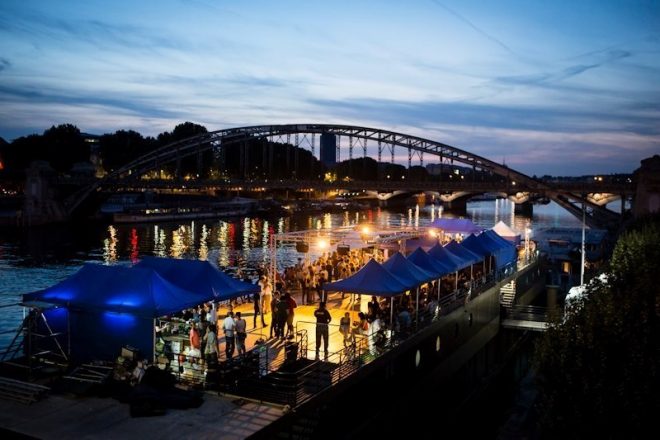 The famous Paris nightclub Concrete has been threatened with eviction after the owners of the barge that keeps the venue afloat on the banks of the Seine refused to renew the club's license.

The venue is actually a three-floor boat that plays host to the best house and techno acts from the world over since 2012. The club acquired a late-night license in 2017, meaning the special Samedimanche events take place over 28 hours from Saturday to Monday, going on well after the sun comes up. You can expect acts like Robert Hood, Hunee & Antal and Avalon Emerson play alongside their now, renowned residents such as Leo Pol, Cabanne and Francois X. For years, Concrete has been herald as the future and new beating heart of Parisian nightlife. Now, it is at risk of shutting down forever.

According to the venue, the barge owners are "suffocating" the club with "an irrational rent increase in recent months" and refusing them "the possibility of buying the place" for reasons that still remain unknown.

In order to combat the risk of closure, Concrete has created a Change.org petition to help their cause. "The battle is now beginning to keep Concrete on the scene of Parisian nightlife and to ensure that the musical culture that we share with all of you can continue to be expressed in full," writes the club on their petition page. Since launching today, over 4,000 people have signed the petition to support Concrete and help preserve the future of Paris's nightlife.

Sign the petition and support Concrete by going here.