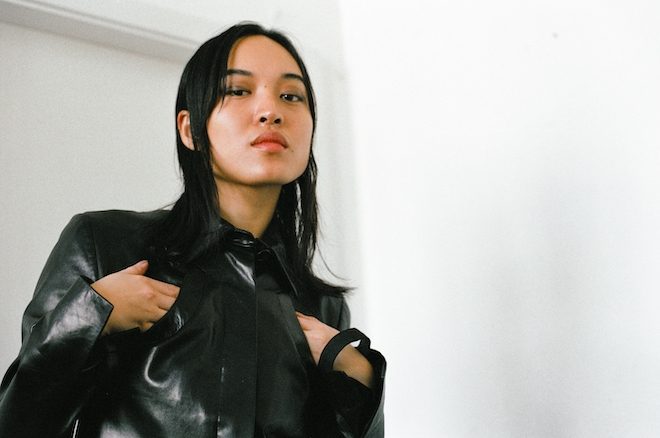 Pan Daijing has announced details of her upcoming album ‘Jade 玉观音’. It will be released on PAN on June 4.

According to the album’s press release, ‘Jade 玉观音’ explores the possibility of a song being ‘not a culmination but a singe, an imprint, or a crater left in the wake of the creative process’. The tracks were all written and recorded over the last three years and explore the depths of solitude, not necessarily as a negative state but to fully acquaint oneself with one’s self.

Read this next: PAN: how Bill Kouligas and his clubland cohorts built an experimental empire

On lead single ‘Dust 五月’, this feels a very appropriate assessment of the track’s atmosphere. Over a frenetic beat, gongs and drones, Daijing sings just-perceptible lyrics, as though she’s not singing for an audience but purely because it’s the only mode of communication available to her.

Speaking on the album, Daijing has said, “solitude is like an immense lake you’re swimming through. Sometimes you dip your head in and sometimes you lift it above.”

Read this next: Roaring 20s: why club culture could surge this decade

As well as news of an upcoming album, Daijing has been commissioned for two new artworks: ‘One Hundred Nine Minus’, which will be displayed at Tai Kwun Contemporary in Hong Kong from May 1; and ‘Done Duet 重奏’, which will be on display at Power Station of Art in Shanghai from April 17 to July 25. Both works involve sound art and experimentation to explore the implications and limitations of voicing and articulation

Pan Daijing released her debut full-length album ‘Lack’ on PAN back in 2017.

Listen to ‘Dust 五月’ below and preorder ‘Jade 玉观音’ here.