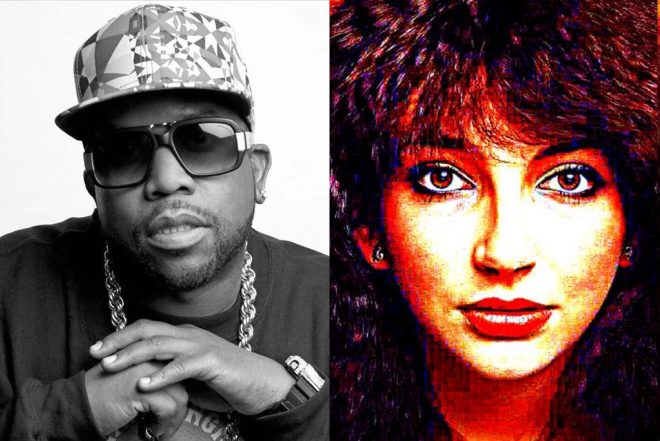 Big Boi has teamed up with Kate Bush for a track, and apparently, it's a "monster hit."

Whilst speaking to Mark Ronson on The FADER’s Uncovered Podcast the GRAMMY winner dropped the long-rumoured news that he will be releasing a collaboration single with Kate Bush.

Throughout Antwan André Patton AKA Big Boi’s career, he has spoken openly about his obsession with Kate Bush’s music. From back in 2004 The Observer reported that his ringtone at the time was 'Babooshka' and was quoted saying: “Kate Bush is my favourite artist of all time.”

He explained that: “It’s a dream come true, and the people are going to fucking love it. “It’s f***ing incredible.”

Read this next: The House That Outkast Recorded In Is Available To Rent On Airbnb

In the podcast, Big Boi said that the opportunity came about after meeting Bush in 2014 whilst in the UK. The same year, he saw her perform in London’s Hammersmith Apollo for one of her first live concerts in decades. Big Boi said: “I got tickets, me and my wife, and we went to go see her show that she had, played the live shows.

“I get invited backstage, we have some wine, and we talk. And she signs an album for me and gives me her number."

After this, they reunited at what Big Boi when he was next in the UK at what he called "this cool little pub place" to plan the new track.

It seems from the interview that the single won’t be out soon as he repeated that he is "holding it" for the moment and that “‘Whenever I think they deserve it, I’m going to give it to them”.

The news has been announced only days prior to Kate Bush’s last studio albums 50 Word for Snow 10thanniversary.

Read this next: The House That Outkast Recorded In Is Available To Rent On Airbnb

You can listen to the full podcast episode here.