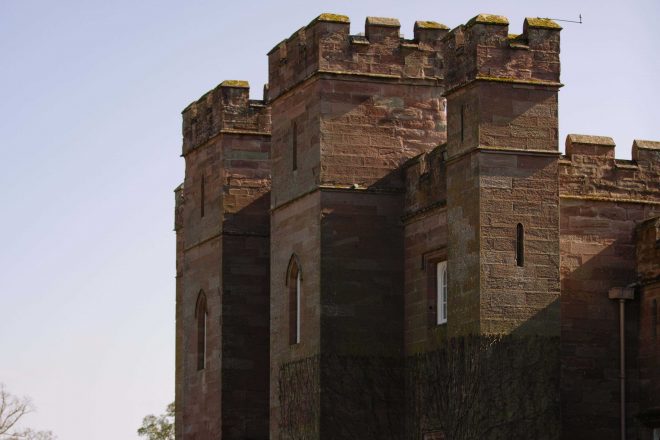 Otherlands festival has announced its first set of acts for its debut this year.

In amongst the line-up are Folamour, Honey Dijon, Jamie xx, SHERELLE, TSHA, Yung Singh, DJ Seinfeld and live sets from Bicep and Elkka.

The festival will be taking place over the weekend of August 19-21 at Scone Palace, Perth, Scotland.

Scone Palace in Perthshire has also been the venue for other events such as Rewind Scotland and Solas Festival.

Read this next: Honey Dijon: "Dance music has been colonised"

Located by a stunning historic building, this festival has promised revellers that they'd be able to experience music in the "heart of mother nature".

Spread over 6 stages, the festival said that it will combine "cutting edge music, forward thinking art, boutique glamping and bespoke talks from industry leaders" all in the idyllic countryside.

Read this next: Folamour is on a journey to house music perfection

Writing on Instagram the festival said: "We are proud to present the first round of all-star artists joining us in the Otherlands this summer. With 6 stages of music spanning across electronic and live, this is only a glimpse of the talent we have in store."

The festival will also be partnering with BBC Introducing who will be showcasing some of the best talent in Scotland for attendees to enjoy.

Read this next: The joy in music: TSHA's timeless house is inspired by heartfelt connections

Tom Ketley, Founder of Otherlands Music & Arts Festival, said: “We’re delighted to bring such an array of amazing artists to Scotland in what’s shaping up to be an unforgettable debut festival.

"There are so many unmissable acts still to be announced including a whole host of home-grown talent. To be able to do this at such an unique venue where Scotland’s Kings were once crowned is a true honour and we look forward to welcoming fans from around the world.’’

Read this next: Melancholy and euphoria: Bicep capture the emotional spirit of rave

Tickets for the festival go on sale this Thursday, January 27. Pre-sale tickets stand at £99 for camping tickets.

Register now for your best chance at bagging a ticket here. (www.otherlandsfestival.com)