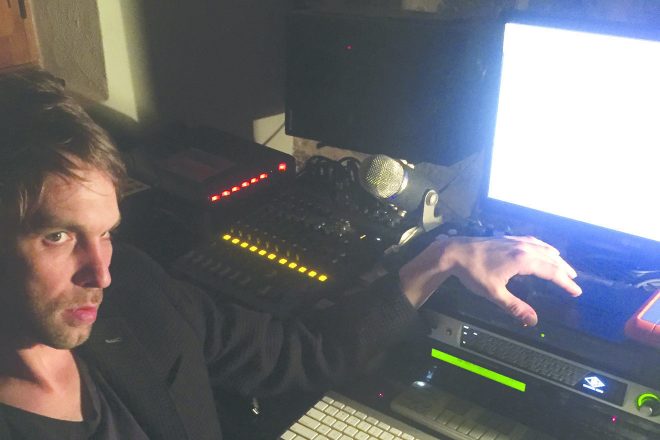 MY UAD APOLLO 16 sound card is the most important thing in my studio because it's the heart of the most important variable in the music making equation: the sound. I got mine a year ago when I realised that I needed the most high-end sound card I could get my hands on; I started looking around, doing research, and asking friends whose opinions I trust on these matters – and they all kept coming back with the same advice: get the Apollo.

It's basically a 16x16 analogue i/o thunderbolt audio interface with on-board DSP processing to be used with the amazing line of UAD plug-ins that are available with the unit. The plug-ins are next-level. It's totally transformed the way I work, especially the mixing and recording process. And having access to the UAD emulations of classic processors from companies like Neve and Manley has been priceless.

How does it fit in my studio? Right now I have everything routed through a Yamaha MG24 outboard mixer, but eventually I will upgrade and save some space with a Neve 8816 summing mixer. Plugged into that are a MFB Tanzbar drum machine, an Elektron Analog Four, Elekton Monomachine, Roland SH101 Roland xv3080, Roland TB-3, Yamaha DX7, Arturia Microbrute, Korg Volca Bass, and a couple of channels of Ableton Live and/or Logic running from my Mac desktop.

Shaun Reeves and Tuccillo 'Seclusion' is out now on Visionquest