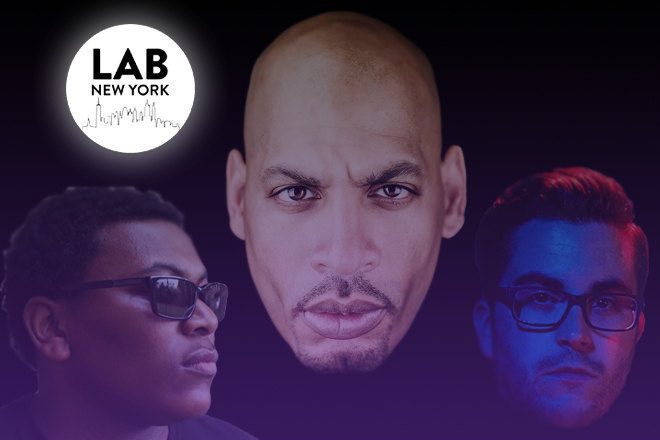 The Lab NYC is Mixmag and Smirnoff Sound Collective's weekly afterwork party where we stream the best American and international DJs from the intimate space connected to our Brooklyn office. On Friday May 5, Mixmag welcomes Objektivity founder Dennis Ferrer with Andre Hommen and Nasser Baker for a special label showcase.

The prolific Dennis Ferrer is one of electronic music's most recognizable names. With early milestones like starting the Sfere label in the mid-nineties with Kerri Chandler, creating revolutionary sounds in the gospel house and techno worlds and being named Beatport's Best Deep House Artist of 2009, it's no surprise Ferrer's curation and musical touch has catapulted Objektivity into the underground's major leagues.

Since its inception in 2006, Objektivity has become one of the most esteemed labels, seeing releases from huge talent like The Martinez Brothers and Mark Fanciulli.

Hommen, who has just launched his own imprint These Eyes and recently released the 'Basari People' EP via Objektivity with another release issuing this June.

Nasser Baker's upcoming EP on the label will feature the massive club hit 'Just Like That', which has already gained strong traction after Ferrer featured the track in high profile sets this season.

The Lab NYC on May 5 with Objektivity will be presented in conjunction with Mixmag’s Label Of The Decade Poll. Vote here.

The Lab NYC is strongly powered by Void Acoustics. Subscribe to Mixmag TV or watch the Objekitvity Showcase with Dennis Ferrer, Andre Hommen and Nasser Baker live in The Lab NYC on Friday May 5 on the official Mixmag Facebook Page at 7:00PM EST.