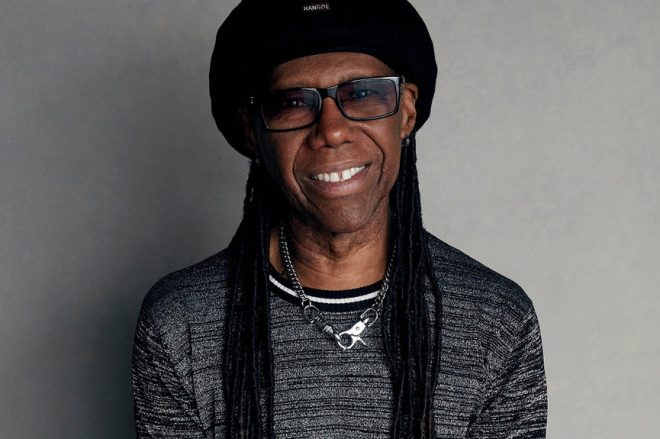 On Monday the Songwriters Hall of Fame announced that Nile Rodgers will be its new Chairman. The Chic co-founder and hitmaker takes over the role from Gamble & Huff, who held the position of co-chairmen from 2015 to 2018.

In a statement, Rodgers said: “I am truly honoured and beyond humbled to be elected by such an esteemed group as this illustrious board [of directors].” Rodgers himself was inducted in to the Songwriters Hall of Fame in 2016, and sees this as an opportunity to serve and give back to the songwriting community.

This is set to be a big year for the esteemed musician, as Chic recently released a new song, ‘Till the World Falls’, from their first album in 26 years ‘It’s About Time’. The LP is due for release September 14.