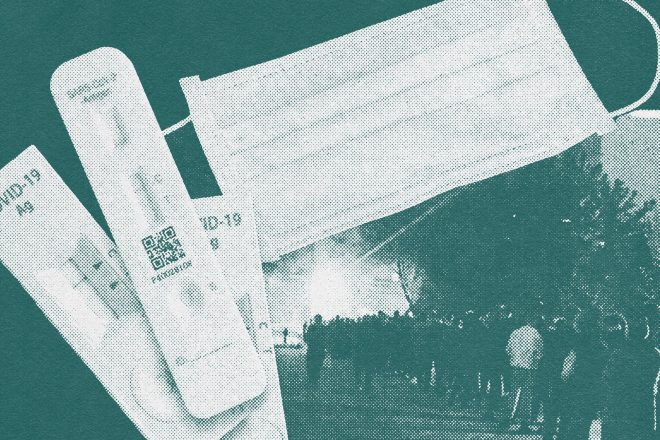 Nightlife leaders have expressed optimism about the return of clubbing, but have downplayed the possibility of this involving rapid testing upon entry.

The government’s roadmap for easing lockdown restrictions plans to allow clubs and festivals to take place from June 21. Prior to announcing this, Prime Minister Boris Johnson suggested rapid lateral flow testing could be used as a safety precaution when clubs reopen.

Read this next: Third summer of love ahead as all UK adults could be vaccinated by April and May

A selection of nightlife bosses have indicated they think it’s unlikely clubs themselves will be organising and carrying this out, NME reports.

Michael Kill, CEO of the Night Time Industries Association (NTIA), said: “Testing on the door is not logistical in any environment, let’s be honest.”

He added that remote testing could be used instead, noting “they are looking at nomad testing, where you’d be able to test yourself before you head out.”

In our recent feature investigating rapid testing, Kill explained this further, saying: testing onsite has huge challenges. We’re edging towards remote testing - getting people to get tested at home, on video, with a QR code to validate that ticket. It means people won’t have to leave their home.”

Simon Jackson, manager of 42nd Street in Manchester, said: “I don’t know how [rapid testing upon entry] would work. We couldn’t have people queuing on the street and waiting to let people in, because we already get enough stick from the council for that as it is.

“If they want testing, the one thing I suggested is that they could set up is a central hub in town to get tested. Because otherwise we’ll get people turning up and telling us that they’ve been tested at a pub down the road.”

One nightclub boss also expressed some concerns about planning ahead for the June reopening without more guidance from the government.

Read this next: Faithless: "Letting venues and festivals collapse would be utterly appalling"

Hans Hess, owner of EGG in London, said: “We’re reluctant to book DJs until the roadmap becomes a lot clearer. But we don’t want to make too much of a song and dance about it because it could lead to disappointment.

“There’s still a long way to go until then and we’ll need reserves of cash. Most clubs are nearly at an end, and surveys have suggested that 80 per cent of clubs could go bust. We’ve fought through the last year, so now it’s just a case of seeing how the next few months ago.