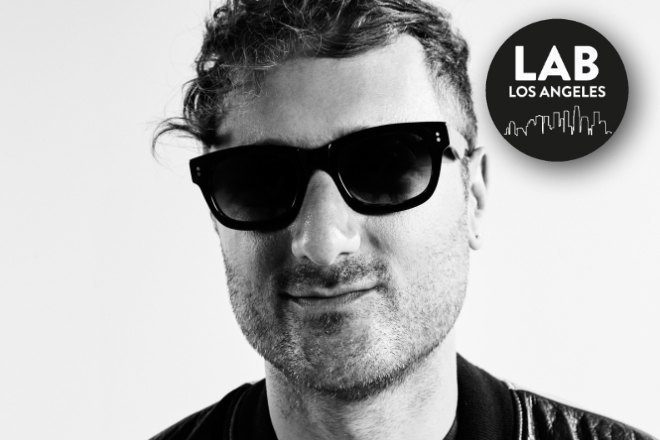 The Lab Los Angeles is Mixmag and Smirnoff Sound Collective's weekly post-work unwind where we stream only the finest American and international DJs, live and direct from our Downtown LA office. This Friday will be something positively out of the ordinary with Sam Spiegel aka N.A.S.A. in The Lab.

As a multitalented musician, expert collaborator, award-winning producer and long-time DJ, Sam Spiegel is truly a passionate artist. His politically conscious project N.A.S.A. has led him on a winding journey since his 2009 debut album 'The Spirit of Apollo'. This album has a list of featured collaborators to rival all other lists, including Kanye West, M.I.A., Tom Waits and more. Even today, Sam continues to work with such artists on a series of projects.

Spiegel has been nominated for a Grammy for his production, a series of major movie scores under his belt including two Spike Jonze films, and as of recently, he's on a come up with N.A.S.A. yet again. His 2015 releases focus most specifically on the ongoing conflicts between the United States and the Middle East, India and Ethiopia, and Brazil and Jamaica.

World-music and hip-hop influenced bass music is the way to describe N.A.S.A., and Sam Spiegel has yet again signed on stellar collaborators. Watch N.A.S.A.'s 'Jihad Love Squad' featuring KRS-One here, and 'Meltdown' featuring DMX and Priyanka Chopra here. Producers can enter a remix contest for the track 'Meltdown' here, for a chance win a Shepard Fairey/N.A.S.A. original poster and an opportunity to collaborate with N.A.S.A. on a new track.

On opening duties we have Washington DC native DJ Zo. Find the LA-based artist at Soho house West Hollywood and the Line Hotel for his weekend residencies.

The Lab LA is strongly powered by Void Acoustics. Watch The Lab LA below or via MixmagTV.