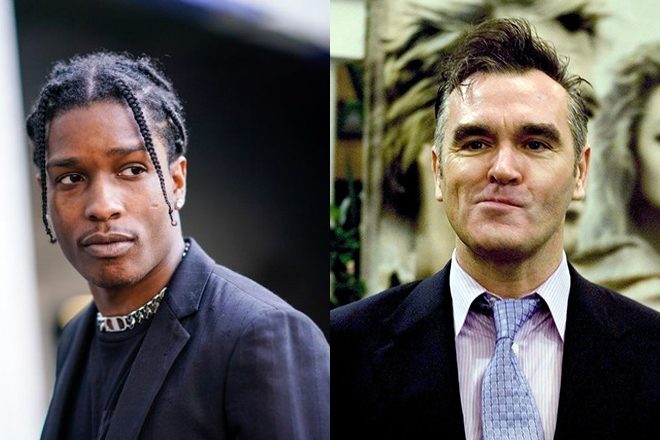 A$AP Rocky, speaking to GQ, has revealed a number of new details about his upcoming album, including that surprising fact that it features former The Smiths frontman Morrissey.

‘All Smiles’, the provisional name for the project, is the follow up to 2018’s ‘TESTING”. The rapper spoke about working with Rihanna on the project, as well as Morrissey. The singer has apparently been "writing, producing, and contributing vocals" to the new album. Speaking about working with Morrissey, Rocky went on to say, "Anything you need him to do, he show up and do."

The outspoken singer has had his fair share of controversies, voicing support for a far-right party and having a number of inflammatory comments under his belt.

The cover feature also saw Rocky speaking about his relationship with Rihanna - revealing that much of the album was produced and written during a road-trip with her across the US.

“Being able to drive and do a tour without feeling like it was an occupation or an obligated job agreement, I feel like that experience is like none other,” he said.

Read this next: 20 East Coast hip-hop bangers that go off in the club

Rihanna is not confirmed to feature on the album, but she is cited as a large influence for the upcoming project.

“I think it’s important to have somebody that you can bounce those creative juices and ideas off of,” Rocky said. “It’s just a different point of view.”

Read this next: 25 early and rare tracks from hip-hop's best producers

Rocky also spoke about his experience with imprisonment, after being arrested in 2019 in Sweden for getting into an altercation with a fan. He revealed that he’s visited the country since and that he plans on visiting again.