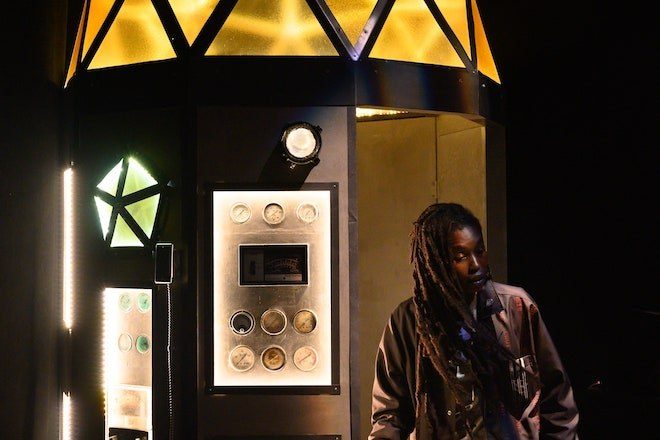 The album is a recorded version of a staged production that took place in June of last year, held in ‘a living room in a futurist, corporate-owned apartment complex’, as the press release notes.

It further notes that the work, ‘part musical, part choreopoem, part play’, was made ‘to address and eliminate systemic problems associated with the injustice of housing rights, public vs private ownership and technology.’

The performance was accompanied by an essay written by artist Rasheedah Phillips entitled ‘Reverse Gentrification of the Future Now’. The essay explores housing inequality and gentrification in Philadelphia and is available to read here.