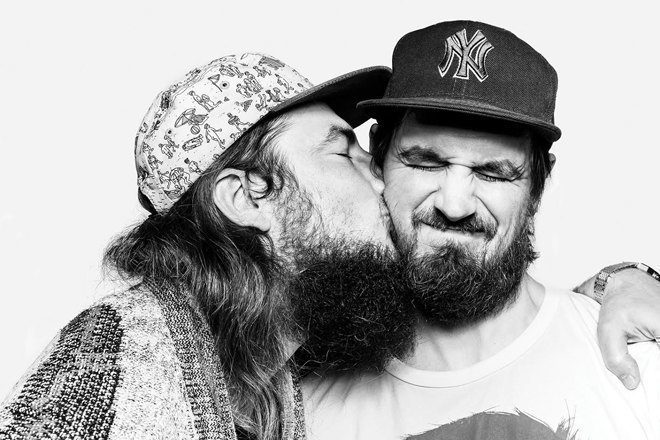 Monkey Safari are brothers Lars and Sven and they've been creating their own unique strain of mind-bending, emotion-laced house and techno for the last five or six years.

Having released on imprints like Hive Audio, Mambo, Sweat it Out and their own label Hommage, they've built a pretty giant fan base in a relatively short space of time.

Tracks like 'Hi Life' and 'Watching The Stars' have captured the imaginations of millions on YouTube and SoundCloud, soothing the ears with dreamy chords, heartfelt vocals and floaty interludes.

Their new EP drops via their Hommage imprint and 'Walls' comes packed with some seriously good remixes. Josh Wink and Guy Gerber have turned their hands at editing the original but it's the inimitable Moby who's really done the business.

The electronic pioneer has reworked 'Walls' into a mystical and genuinely dazzling cut, one that features his gorgeous trademark string sections, huge bass hits, transcendent pianos and enough atmosphere to transport you straight to Nirvana. Incredible.

The Walls EP will be released on August 7 via Beatport, available everywhere else on August 21