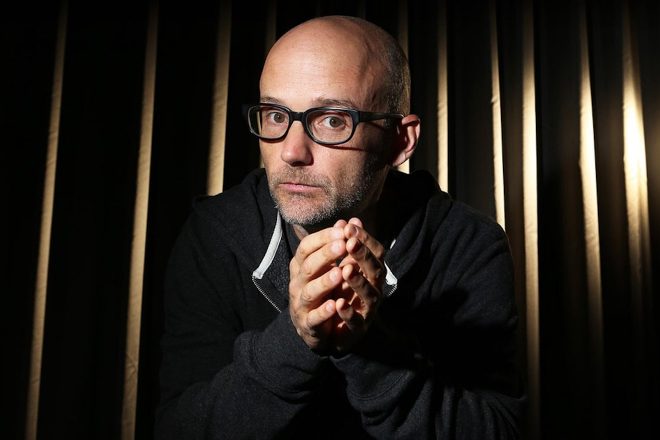 Illustrious producer Moby has announced he is selling his entire record collection, including test pressings, rare releases and more.

In collaboration with Reverb LP, an online marketplace for buying and selling records, Moby has established The Official Moby Reverb LP Shop. All proceeds from the sale of these records will go directly to the Physicians Committee for Responsible Medicine, an organization that aims to dramatically change the way doctors treat chronic diseases such as diabetes, heart disease, obesity, and cancer.

Among the records for sale are Moby’s personal copies of nearly every record he made throughout his career, including rare, mint condition, and signed albums. This includes two first pressings of 'Play', test pressings and signed gatefold reissues of 'Play' and '18', promo recordings of 'Why Does My Heart Feel So Bad' and 'That's When I Reach For My Revolver', multiple sealed copies of 'Innocents' and 'More Fast Songs About The Apocalypse' are also available, plus loads more.

Along with Moby's original material, the shop offers hundreds of 12” singles that he used during his early years as a DJ. This largely consists of techno, house, and hip-hop releases from the ‘80s and ‘90s, which feature handwritten markers that Moby added to the records to assist him during his DJ sets at famed NYC clubs like Mars, Nasa, and the Shelter.

As he was going through the records, Moby touched on his special connection to them and why he chose to sell now:

“These are all the records that I bought and loved and played and carried all around the world. I would rather you have them than me, because if you have them, you’ll play them, you’ll love them, and the money will go to the Physicians Committee for Responsible Medicine. So everybody wins. Well, except me, because now I don’t have any records.”


Recently Moby also partnered with Reverb to sell a collection of his synths and turntables.

In other Moby related news, earlier this year he was accused of conspiring with the CIA and he reckons he invented the iPhone.

Watch the video below to find out more about The Official Moby Reverb LP Shop.