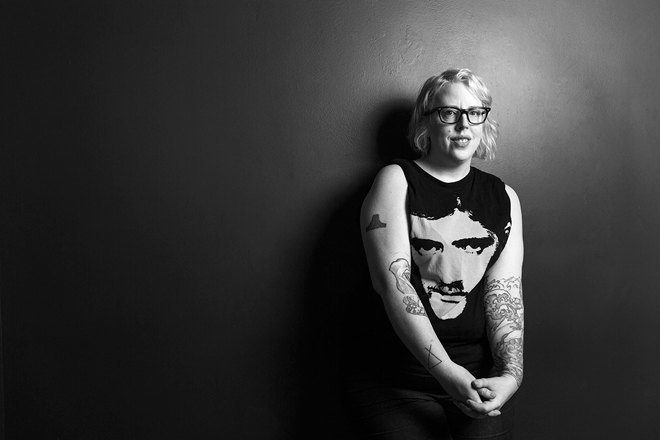 
Marea Stamper stands tall among the most inspiring figures in dance music. After attending her first rave at the age of 14 in her home state of Kentucky, Marea fell in love with dance music and made the decision to pursue it as her life’s work. Now, over two decades later, she’s taken up position as a globally adored DJ, but it’s been no fairytale rise to the top.

For years she was a regular fixture at raves in Kentucky and its neighbouring states. Beyond dance events she would play anywhere else that would allow her, including restaurant openings, always giving her all with the irresistible mix of uplifting grooves and propulsive percussion she spins, and eventually the hard graft paid off. The Black Madonna is no SoundCloud superstar or overnight success, but a living and breathing embodiment of fiery passion for dance music and extreme dedication to her art.

Securing a residency at Chicago’s renowned Smart Bar at the tail end of 2012 is when things really began to take off. Within months she was awarded the position of Creative Director at the club, and began to make a serious mark with the diverse and forward-thinking programming she oversaw, working under the motto that “Dance music does not need more of the status quo” with a focus on the overlooked stars of the underground. In the city that invented house music, The Black Madonna continued to innovate.

Soon the rest of the world took notice of her infectious enthusiasm and killer cuts, and bookings followed at all of the planet’s best clubs. The religious connotations of her moniker always seem apt when The Black Madonna takes to a booth, inducing transcendental experiences that make dancers hail Marea.

Similarly, not only is she an incredible DJ, but she’s consistently looked to for comment and direction for the freeness with which she speaks her mind and the unfaltering cogency of her comment.

Check out the set below or on MixmagTV