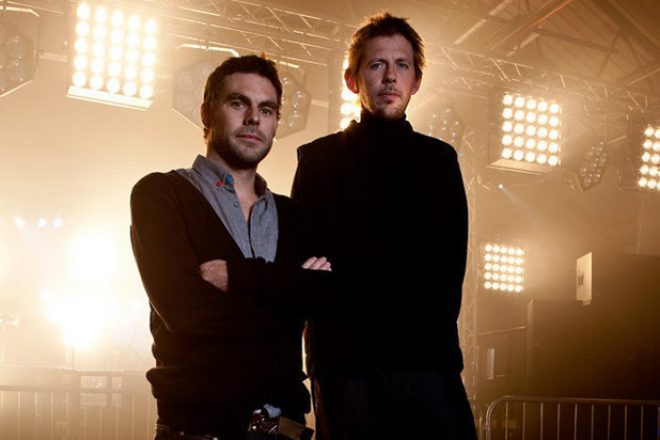 For the latest edition of Mixmag Live, we present one of dance music's most successful and enduring pairings, Groove Armada. The duo, made up of Tom Findlay and Andy Cato, formed in the mid-90s and from the underground quickly grew to be one of dance music's biggest live draws after the success of albums 'Vertigo' and 'Goodbye Country, Hello Nightclub'. There was a time that a dance music festival wasn't a dance music festival without GA's multi-intsrumental, monumental mainstage extravaganza.

After such massive success around the globe, last year saw Groove Armada take stock and branch off in an exciting direction by releasing the excellent 'No Knock' EP on underground house label of the moment, Hypercolour.

Now firmly reconnected with their acid house roots, for this Mixmag Live party the duo will play a four hour extended set at London's Village Underground backed-up by the inimitable talents of Shadow Child and Horse meat Disco's Severino.