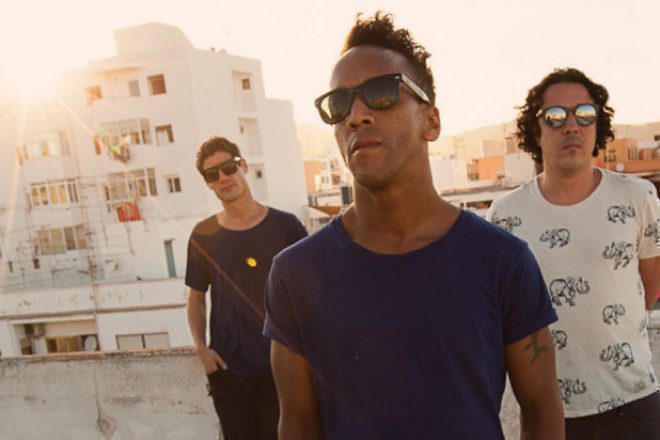 For the latest edition of Mixmag Live, we bring you not one, not two, but three of the hottest and most in-demand DJs in underground house and techno.

Hailing from France, Dan Ghenacia, Shonky and Dyed Soundorom were already highly respected globe-conquering DJs before their off the cuff back to back sets at clubs like DC10, Fabric and Panorama Bar led them to consolidate their talents into Apollonia just two years ago.

Arguably the main influence for the other two members, Ghenacia became a notorious figure in Paris' underground scene through his legendary afterparties at Batofar. After years on the DJ circuit, he started his label Freak N' Chic, which ran for seven years, becoming one of the most respected in the game.

Taking inspiration from Ghenacia, Shonky's DJ career began in Paris at the tail end of the 90s before his first release came on Freak N' Chic in 2005. Since then he's released on Culprit, Spectral Sound and Sub Static and played clubs around the world.

With his ever-present spiked afro, Soundorom is the member you're most likely to pick out in a crowd. The ever-smiling Parisian began by promoting and DJing nights in Paris and has since remixed the likes of Maya Jane Coles, released on Crosstown Rebels and Tsuba Records and played everywhere from Womb in Tokyo to Panorama Bar in Berlin.

Fresh from both the DC10 opening (where they are holding down a residency this year) and the Amnesia opening, this is a rare chance to catch all three members of the Apollonia club in London this summer.