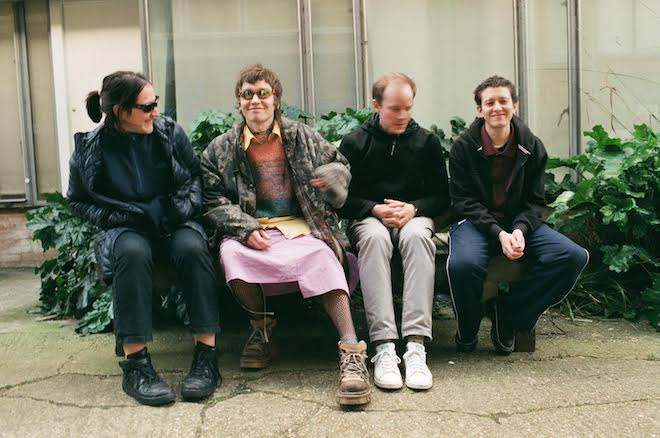 Good Sad Happy Bad, formerly Micachu & The Shapes, have announced the details of a new album ‘Shades’. It will be released via independent French label Textile Records on October 16.

Their last release as a band was an album of the same name in 2015. In the five years between releases, they’ve had a shakeup of roles within the band. Raisa Khan is now on vocal duties, Mark Pell is on percussion, Mica Levi is now on guitar and vocals for two of the album's tracks, 'Pyro' and 'Reaching' , and a new fourth member has been added in CJ Calderwood, who will be contributing vocals, saxophone and, refreshingly, recorder.

Read this next: Kelly Lee Owens is inspiring transcendental moments

The album’s title track has been released as a single. ‘Shades’ finds a comforting middle ground between peppy indie and a twangy discomfort , embodying the growing pains of getting older as a band and as people.

In Good Sad Happy Bad’s interim, Mica Levi has expanded into film scoring. Their first score for Jonathan Glazer’s 2014 film ‘Under The Skin’ was nominated for a BAFTA in 2015 for Best Film Music. They were also nominated for an Oscar in 2017 for Best Original Score for their work on ‘Jackie’, Pablo Larraín’s film about Jackie Kennedy starring Natalie Portman.

Watch the video for ‘Shades’ below.