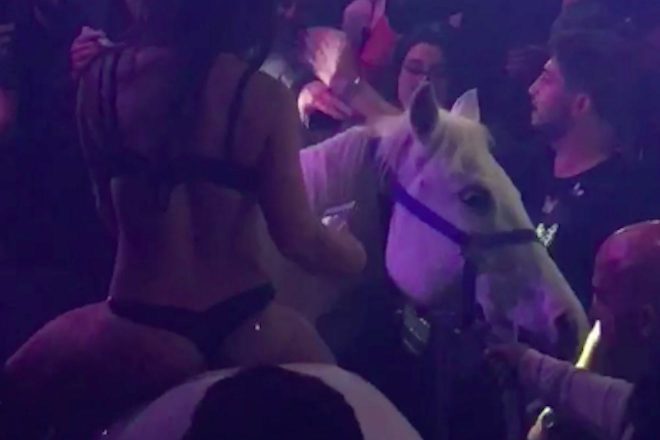 After a string of incidents involving farm animals and wild cats in the community, authorities in Miami are strengthening its animal ordinance in order to ensure the safety of its citizens and animals as well.

The City Commission has now tentatively approved imposing stiffer penalties on those caught with farm animals or dangerous creatures, according to the Miami Herald. If the changes are approved, people who violate the law will initially be given a warning, quickly followed by up to a $10,000 fine and revoking business licenses.

The move to strengthen the animal laws was sparked back in March when a nightclub in Miami called the Mokai Lounge let a woman, dressed in just a bikini and riding a full-grown horse, into the venue. After cell phone footage surfaced, revealing that the horse bucked her off and was clearly startled, authorities launched an investigation, which led to the venue having its license revoked. The club has since reopened.

"The incident highlighted the need to specifically legislate a ban on animals being mistreated in nightclubs," said Commissioner Michael Góngora, who who co-sponsored the legislation with Commissioner Micky Steinberg.

A more recent incident involving a caged tiger at a high school prom also increased the urge to pass this ordinance. According to accounts, a lemur, two macaws, and an African fennec fox were also in attendance at the prom.

"This amended ordinance, I think, would further prevent the abuse of animals in the city," said Steinberg.


With unanimous approval, the ordinace passed the initial vote, while a final vote is set to take place June 6.


Watch the footage of the woman riding a horse inside a nightclub below.