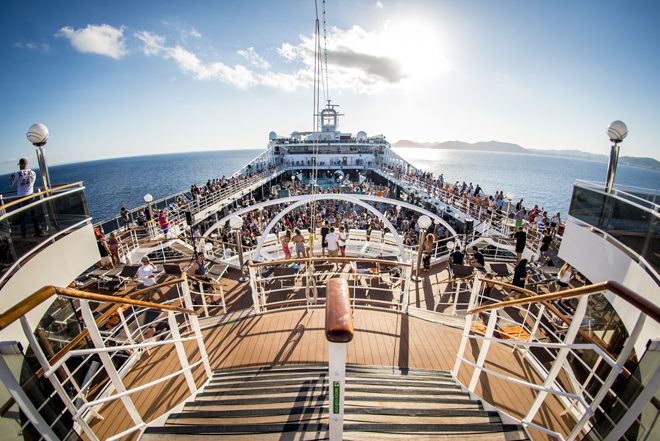 MDRNTY have added more names to the already impressive line-up for the second edition of their cruise, which sets sail on June 10 until June 13.

Joining those previously announced in phase one such as Apollonia, Black Coffee and Ricardo Villalobos (to name a few) are the likes of Alci, Fuse’s Archie Hamilton, Lazare Hoche, Djebali, Dana Ruh and many more.

MDRNTY’s director, Maxime Léonard revealed what fuelled the theme for the 2018 cruise: “For this second edition, our wish is to present a musical offering that draws on the entire spectrum of underground electronic music, always in an exclusive environment where no one expects to hear it."

In addition to the 24-hour music and dance floors, the ships’ 2600 passengers can enjoy commodities like swimming pools, three spas, tennis courts, a gym, bowling and even an on-board casino.

Travellers can also make use of the selection of the six bars and three restaurants with all inclusive unlimited dining and drinks.

The first edition, which took place September of last year, included stage hosts Cocoon and Fuse London as well as sets from Sven Väth, Ben Klock and Jamie Jones. This year it will sail from Genova, stop in Sardinia and Corsica before heading back to Genova.

Tickets are available with payment plans and can be found here.

You can view the current line-up here and phase three is still yet to be announced.