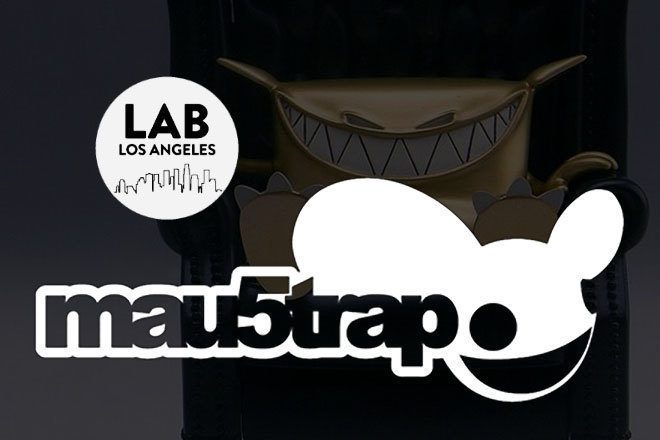 The Lab Los Angeles is Mixmag and Smirnoff Sound Collective's weekly post-work unwind where we stream only the finest American and international DJs, live and direct from our Downtown LA office. This Friday, Mau5trap takes over The Lab LA with Feed Me and BlackGummy b2b No Mana.

Founded by Deadmau5 in 2007, Mau5trap is a Canadian label that has housed a variety of releases that has ranged from Moguai to Chris Lake to Excision and more recently, with exciting newcomers like Matt Lange, REZZ, Attlas and more. It's been an exciting 10 years for Mau5trap, which has looked over iconic releases over the decade including Skrillex's 'Scary Monsters and Nice Sprites' back in 2010, Feed Me's two-track EP 'The Spell' / 'Raw Chicken' and REZZ's 'The Silence Is Deafening' and 'Something Wrong Here' EPs.

Seeing his first release out on the label on 2008 as Mau5trap's first external artist, Feed Me has returned to the mau5trap family most recently with his inclusion on Deadmau5's currently ongoing 'Lots of Shows in a Row' North American tour. Born Jon Gooch, the British producer is also the mind behind several other aliases including his d'n'b alias Spor, Seventh Stitch and of course, Feed Me.

Iman Marouf created the BlackGummy identity in 2013 following a trip to the Middle East and Asia. Trained by Steve Duda and fascinated by sound design after graduating from music production school Icon Collective, BlackGummy released his first EP 'Lullaby' on Mau5trap in 2015 and has called the label home ever since.

No Mana is a mysterious Los Angeles-based producer that keeps his identity shrouded behind a curious 8-bit stylized cartoon. His sound fits perfectly in the Mau5trap realm, harkening back to early Deadmau5 tones, flirting between ethereal vocals and powerful electro builds.

On opening duties we welcome Rinzen, a Los Angeles-based artist who saw his first original release out on mau5trap's 'We Are Your Friends Vol. 6' compilation. See more from him here.

Mau5trap takes over The Lab LA in a dual celebration not only for the Label of the Decade poll, but also while Deadmau5 takes over the city of Los Angeles for a four-night run of shows at The Shrine. You never know, more of the mau5trap family joining in on the fun... be sure to tune into the stream!

Vote for Mau5trap in Mixmag's Label of the Decade Poll here

The Lab LA is strongly powered by Void Acoustics. Subscribe to Mixmag TV and watch Mau5trap with Feed Me and BlackGummy b2b No Mana in The Lab LA on Friday starting at 8PM PST.