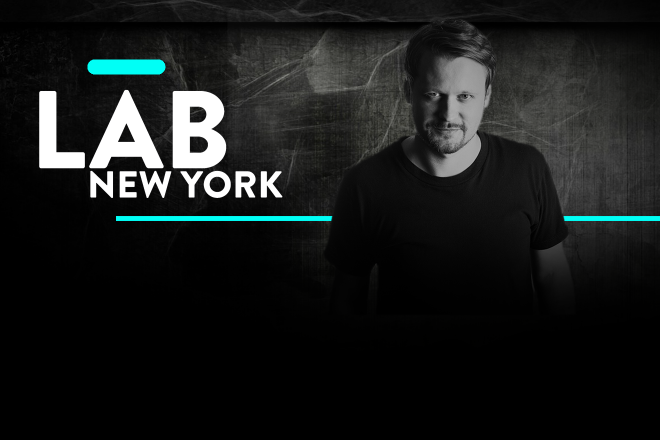 The Lab NYC is Mixmag and WAV's weekly live stream and post-work unwind, powered by Void Acoustics, where we showcase the finest DJs direct from our Brooklyn office. This Friday, February 22, Mathias Kaden showcases his gripping house sound for a special elrow takeover raising funds for cancer research through Cycle For Survival.

For more than 15 years Mathias Kaden has guided dancefloors on nearly every continent. Hailing from Germany, Kaden has found a fitting trademark for his sound, namely Power House. Instead of strict limits in genre, Power House describes his very own way of fast mixing whilst keeping a certain groove and yet continually surprising his audiences with his music. His DJ skill is well documented by mix compilations for Watergate Records, Cocoon Recordings and the German magazine Groove. He's also released original material on some of the most esteemed labels in the industry, including Desolat, Pets Recordings, Vakant, Mule Musiq, Knee Deep In Sound and more. With such a strong career and all signs pointing to more dancefloor bliss in the future, Mathias Kaden's appearance in The Lab NYC for the elrow showcase is highly anticipated.

This special Lab session is focused on raising money for Cycle for Survival, a charity that raises money and awareness for rare forms of cancer. 100 per cent of proceeds are donated to the Memorial Sloan Kettering Cancer Center. Together NYC will cycle on Sunday March 10 in support of Cycle for Survival and we hope to reach our $10,000 goal. You can contribute to the cause by making a tax-deductible donation here. Learn more about Cycle for Survival's founding story, mission and impressive achievements here.

Watch Oscar G LIVE in The Lab NYC on WAV on Friday February 22 at 7:00PM EST.