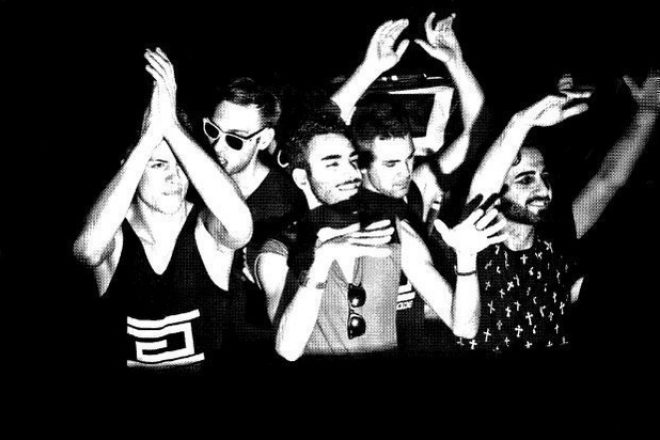 In dance music, a big hit will always spawn a legion of copyists. The massive success of deeply emotional techno productions like Âme's remix of Sailor & I's 'Turn Around', Mano Le Tough's 'Primative People' and 'Gotham' by Ten Walls, plus a rush of bangers by Dixon, Tale Of Us and Maceo Plex, has now given us a whole new genre.

Characterised by a mournful male vocal, arped minor-chord synths and deep sinewave basslines, the tracks that people are calling 'man trance' aren't really trance at all, of course – but they are quasi-religious, anthemic affairs, the sort that make you think there's more to life than there actually is. Possibly the biggest underground sound on the planet right now, Dixon's main-stage set at Ultra this year should provide proof that man trance is hitting the mainstream, too. Gentlemen, it's been emotional...

1. Sailor & I 'Turn Around' (Âme mix)
The minor-chord arped synths, sinewave bassline and sing-a-long male vocal set the benchmark for the movement.

2. Mano Le Tough 'Primative People' (Tale Of Us mix)
If god is a DJ then this is what he made on Sunday. Nothing short of religious.

3. Ten Walls 'Gotham'
The synthetic trombone sound that came to represent the genre.

4. Maceo Plex 'Conjure Balearia'
A more straight-up, dirty tech roller... until at four minutes it drops into a breakdown so poignant it could soundtrack the second coming of Christ.

5. Christian Löffler feat Gry 'All Comes' (Mind Against remix)
Löffler knows a thing or two about retreating within himself - this is an excellent example of his trademark ethereal production.

9. Jan Blomqvist 'I Don't Think About You'
Cue 100 young men on a dancefloor pining over 'the one that got away'.

10. Konstantin Sibold 'Madeline'
There's a light at the end of every tunnel. This is that light.