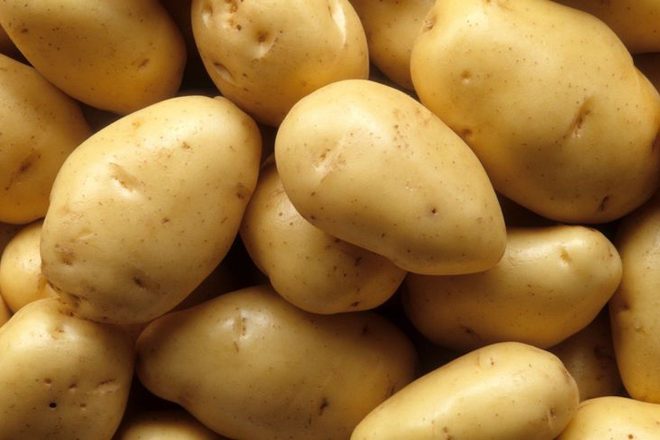 In one of the more bizarre cases in recent memory, a man was found by authorities wearing a women's bra and filling a hotel bathtub with potatoes during what is reported to be a five-day drug binge.

According to the Daily Echo, hotel staff became suspicious of the 30-year-old man, named James Johnson, when they smelled marijuana coming from his room at the Travelodge in Eastleigh. They soon called the police, who then apparently waited for Johnson to return to the hotel.

Johnson was approached by police officers as he was entering the Travelodge upon his return from running errands. The man was wearing a women's bra over his t-shirt and was carrying a big sack of potatoes.

This led to a search of Johnson's room, where authorities found an assortment of drugs, including ecstasy, and MDMA-like substance called 5-MAPB as well as the psychedelic 2CB. The bathtub in the room was also filled entirely with potatoes.

When Judge Peter Henry at Southampton Crown Court asked Johnson why he filled the bathtub in such a way, he simply replied “it felt like the right thing to do at the time”.

Upon further questioning, it Johnson revealed that he was back in his hometown of Eastleigh to go on a one-night binge with some friends. This ended up lasting for five days straight.

Prosecutor James Kellam further explained to the court why police may have been suspicious of Johnson: “They saw Johnson with the bag of potatoes and in women’s clothing. It may be this that led officers to believe that he was intoxicated.”

Really? Mr. Kellam may be on to something there...

Johnson also claimed to be in possession of £750 worth of drugs, but upon further examination, authorities valued the drugs at just £300 with much of the substances being bunk.

After pleading guilty to being charged with possession with intent to supply, Johnson was given an 18-month community order and nine-months drug rehabilitation.