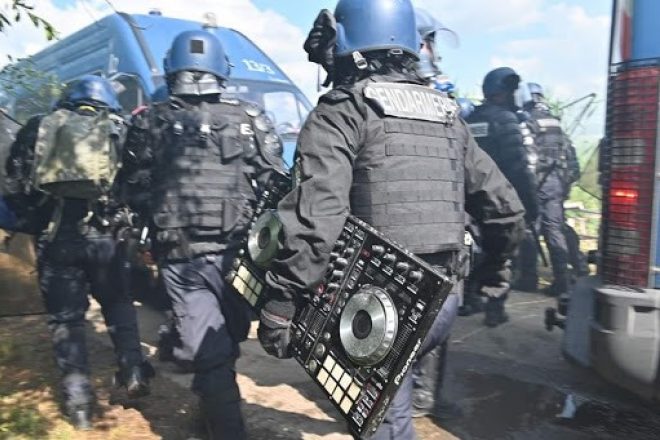 French police broke up an illegal rave on Friday, June 18, leaving many injured, while one 22-year-old lost his hand.

Tear gas and charged clusters were fired at those in attendance, who retaliated by throwing rocks, metal balls and molotov cocktails at the police, injuring five. Over 400 officers were reported to have been deployed to shut down the event, which was estimated to have 1,500 people in attendance.

More than seven hours of conflict ensued before the partygoers were dispersed.

The rave was paying tribute to Steve Maia Caniço, who died after falling into the Loire river after the police raided a techno concert in Western France in June, 2019. Many have criticised the police after his death due to their violent approach.

Read this next: £15,000-worth of fines handed out at East London Rave

Raver called for “Justice for Steve” after his body was found over a month later.

Five men have been arrested, and an inquiry has been opened into the clash, which the police believe to be intentional - with one noting that balls used for the sport of Boules being brought to a rave was suspicious.

Emmanuel Berthier, a local official, claimed that the partygoers “had an objective, to confront the forces of public order”.

An investigation into the circumstances behind the man losing his hand has been opened.