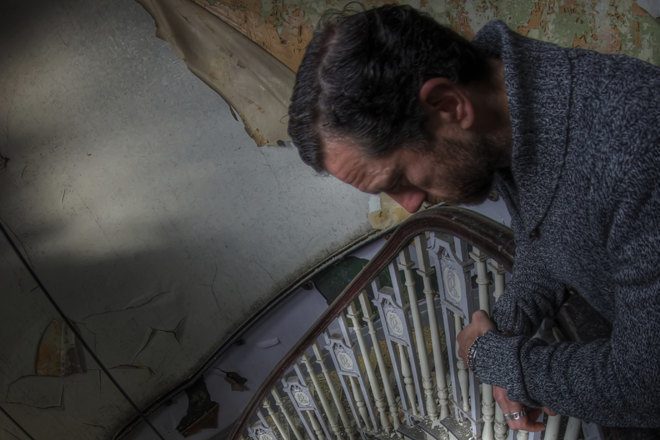 He was first noticed during a residency at NY Sushi, and later helped rebuild the scene up from a dormant period with the inception of the forward-thinking Downlow club night that kickstarted a returning interest in the underground that endures to this day.

Hope Works, his current venture, is revered as one of the best institutions in the UK. It's a raw warehouse space on the outskirts of Sheffield city centre, defined by its pounding Void soundsystem, unpretentious atmosphere and consistently exceptional bookings, with recent guests including Zenker Brothers, Shanti Celeste and Total Freedom.

After clocking up eleven releases of heavyweight, mind-bending house and techno on his Seaghdha label, Lo Shea shut it down and turned his attention to the Hope Works imprint he inaugurated in 2014.

The title track of his new 'Northern Lights' EP, the second release on Hope Works, is muscular at its core with a punching kick, but experimental at its extremities with off-kilter synth sounds and industrial noise thrown into the mix. It's warehouse-ready techno that will go down a storm in the space from which the label takes its name. Listen below.