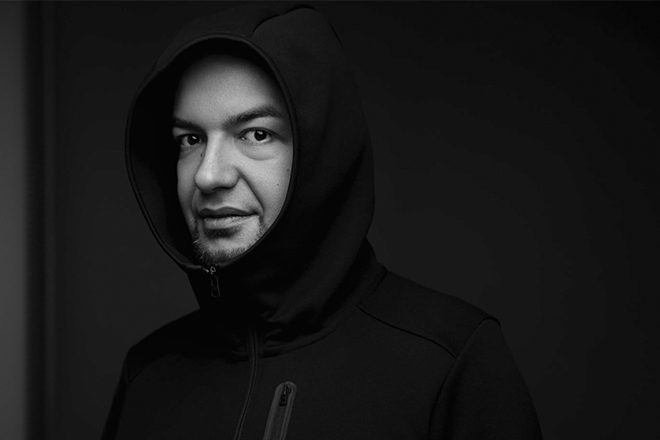 Masterful electronic artist KiNK has revealed new music as kirilik - a fresh moniker for the lauded live performer who will release the EP 'Infinity Is Not A Number' via Len Faki’s Figure imprint on June 11.

The new alias comes with a stripped down approach to the artist’s live-setup in tow. After being “inspired by American DJs who used to support their DJ sets with a drum machine back in the 80s and early 90s”, KiNK’s new bare bones kirilik project breaks down the litany of convoluted equipment he is known for using. As kirilik, the artist uses one drum machine and three CD players to construct all his rhythms and musical layerings on the fly via a custom built sonic library of simple monophonic synth lines.

KiNK hinted at the ambitious project back in November, saying: “Once in awhile I get bored, so I do projects like my new techno project kirilik. The idea behind it was that I wanted to play live with standard DJ equipment. I use three CDJs to play loops of very basic recordings from my modular synthesizer: just basslines and simple melodies. The beats come from the Roland TR-8 drum machine. Everything is synced by ear, so it’s a bit demanding in terms of performance.”

Get a taste of KiNK’s new krilik project with a version of the forthcoming EP’s title track ‘Infinity Is Not A Number’ below.