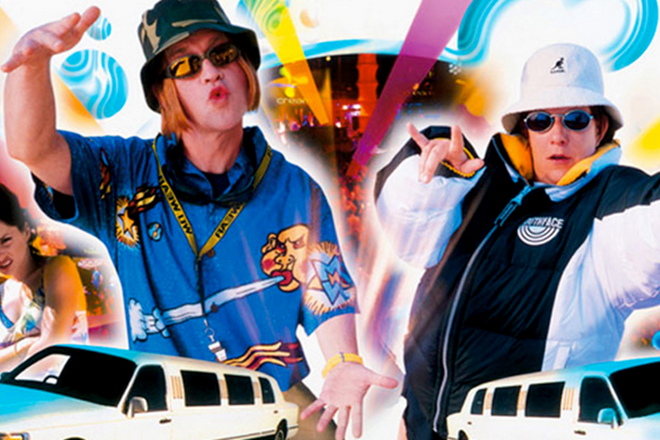 Kathy Burke has praised a pair who went viral after dressing up as 90s sitcom stars Kevin and Perry to go raving at Hardwick Festival.

“If I wasn’t so much older and wider I’d swear this was me! Lovely stuff,” she said in response to a video of the duo that was shared on Twitter this weekend.

The clip shows the pair raving at County Durham’s Hardwick Live Festival - a dance and pop music event which went ahead across two days this weekend.

If I wasn’t so much older and wider I’d swear this was me! Lovely stuff. https://t.co/21UVS3Rj9U

The duo dressed as Harry Enfield and Kathy Burke’s characters from the 90s sketch show which later turned into a film featuring the notable comedy duo, and the difference is uncanny. The pair even took on the comedy stars’ strange dance moves.

Read this next: The 14 best films about Ibiza

“Seen so many people do this over the years and look nowt like them. You could have told me this was Harry Enfield and Kathy Burke and I would have believed you. Amazing effort,” one person responded to the video on Twitter.

Kevin and Perry were stars of the Kevin The Teenager sketches on Harry Enfield’s Television Programme originally, before 2000 box office hit made the duo renowned for Kevin and Perry Go Large, a film following the pair as they travel to Ibiza with a dream to become world-famous DJs.

Last year marked the 20th anniversary of the film’s release, and to celebrate, a party was set to be thrown at Ibiza’s Amnesia. A screening of the movie and subsequent rave was planned but cancelled after the pandemic hit.

"There have been a number of films covering Ibiza club culture, but none has come close to Kevin and Perry, in terms of its everlasting popularity,” said Cream Ibiza resident Judge Jules on the film’s 20th anniversary in September.

The anniversary parties have been pushed back until September this year, now promising two film screenings and a follow-up party.