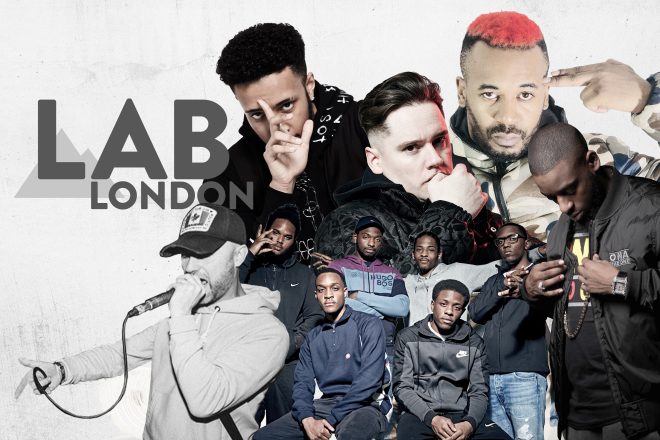 Next Thursday we’re buzzing to be heading to Boxpark Shoreditch for a special showcase featuring some of the most essential acts in grime: Yizzy, Vision Crew, Saf One, Logan Sama, Discarda & Nasty Jack.

Aged just 18, South London MC Yizzy has mastered a style of grime that belies his young age. The incendiary bars and raucous riddims of releases such as the ‘S.O.S.’ carry all the game-changing energy of the days of grime’s inception.

Also hailing from Lewisham, Vision Crew are pushing a fresh spin on the genre, coloured with evocative lyricism and threading influence from styles such as bashment and drill into impactful hybrids.

Dancefloor damage is assured when Discarda takes control of the mic. The East London MC’s ‘Big Loose Cannon’ is a reload anthem that never fails to have furious gun fingers flying. Across the city, West Londoner Nasty Crew member Nasty Jack has been killing it for over a decade with infections grime heaters. Representing Birmingham, Saf One recently made grime history streaming a headline show as PPV, a first for the genre.

Keepin’ It Grimy boss Logan Sama will be on the decks, laying down a soundtrack primed to keep the party popping.

The event runs from 7pm to 11pm on Thursday, August 23. Email daisy@wastedtalent.com for guestlist.

Missed this event in LDN? Catch all the madness that went down in Boxpark with Logan and his crew: