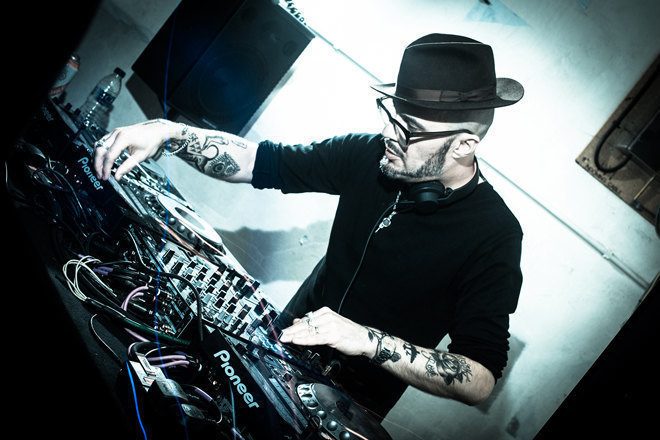 Few artists within the UK dance music scene can boast a history as rich as Justin Robertson.

He grew up listening bands such as The Fall and New Order, opting to relocate to Manchester after leaving school, partly to study philosophy at University, and party to involve himself in its rich music scene.

The move proved seminal to Justin’s musical development. He began frequenting legendary club The Haçienda, where his mind was blown by the emerging sounds of acid house and Detroit techno. Inspired by the records he was hearing, Justin soon got involved in producing and DJing, starting off on a path that has seen him become one of the UK’s most prominent dance figures.

Over the course of the past 25 years he’s remained at the cutting edge of the scene, maintaining a prolific touring and release schedule, including a number of high profile remixes of artists such as Felix Da House, Björk and Happy Mondays. In recent years his focus has turned to his The Deadstock 33s project, which has seen him collaborate with Daniel Avery and release two well-received albums on Gomma and Skint Records.