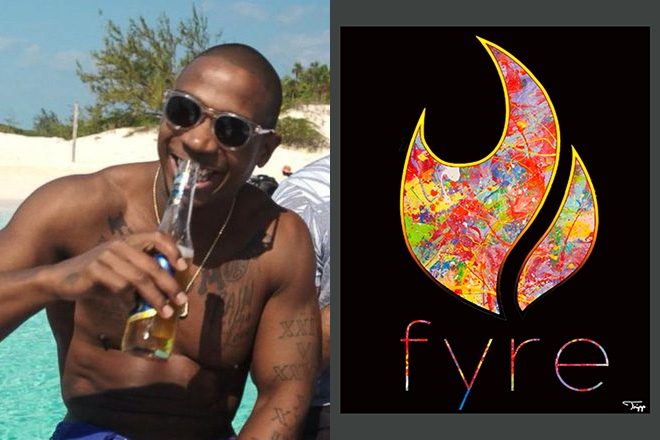 Coming up to four years on from the disastrous Fyre Festival event, which led to founder Billy McFarland being sentenced to six years in prison, Ja Rule has found a way to keep making money from the brand.

The 45-year-old rapper and actor has sold an oil painting of Fyre Festival’s logo that was hanging in the company’s New York office during the planning stages in NFT form, netting $122,000 from the sale.

Read this next: The Fyre Festival films are a gloriously awful gulp of schadenfreude

The buyer, who is currently remaining anonymous, receives the original painting, as well as a one-of-a-kind digital version linked to the Ethereum Blockchain.

The 48-inch-by-60-inch oil painting has been hanging in Ja Rule’s New Jersey mansion since Fyre Festival’s Manhattan HQ closed down.

In the item notes on the auction lot on NFT exchange company Flipkick, he wrote: “Fuck this painting.”

Read this next: Ja Rule claims he is planning a new music festival

Speaking about the sale to Forbes, Ja Rules said: “I just wanted that energy out.”

In an interview with TMZ, Ja Rule said: “When I first had it made, I was energized — I had embarked on a new business. But then it became a symbol of what could have been. For me, it’s done and over with.”

In exchange for selling the ‘art’ on Flipkick, Ja Rule has been made a part owner of the platform, as well as its head of A&R.

He admitted to Forbes: “I heard about NFTs [first] maybe like, a couple of weeks ago. I wasn't too educated on them, and I’m still learning a lot about it....I think people got a little bit tired of the regular stocks-and-bonds way of investing.”

The chaotic events of Fyre Festival were documented in popular films produced by Netflix and Hulu.

Ja Rule managed to escape punishment from a $100 million class action lawsuit related to the event.

Read this next: Two Fyre Festival attendees have won $5 million for their "pain and suffering"