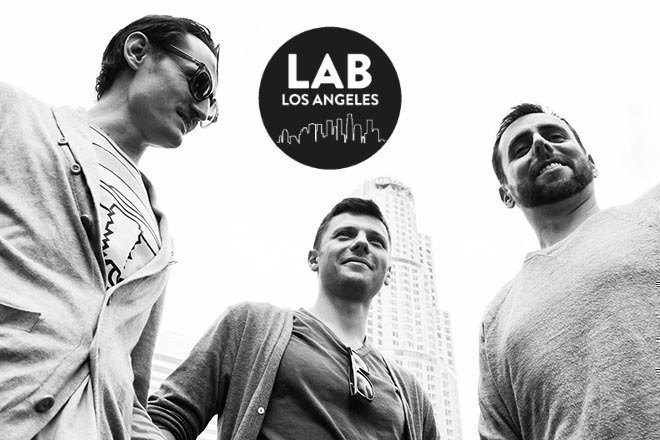 The Lab Los Angeles is Mixmag and Smirnoff Sound Collective's weekly post-work unwind where we stream only the finest American and international DJs, live and direct from our Downtown LA office. This Friday, we have Inxec & Droog with us in The Lab LA.

Los Angeles trio Droog have been championing their moniker for nearly a decade. Andrei, Brett and Justin have only progressed since their entrance into the scene in the late 90s and have since gone on to own and master a variety of different roles: label heads of Culprit, their imprint born in 2009, as promoters of an event series in the city that helped direct and channel Los Angeles's scene and finally, as producers - each strong in their own individual right, collectively and also with their longtime collaborator Inxec.

Inxec is an underground standout and Nottingham output that arrives in downtown Los Angeles to showcase his sound and skill. Born Christopher Sylvester and also known as Sound Alliance (his progressive alter-ego), Inxec has found success on Jay Haze's imprint Contexterrior, Crosstown Rebels, Culprit, Last Night On Earth, Get Physical and more.


The Lab LA is strongly powered by Void Acoustics. Subscribe to Mixmag TV and watch Inxec & Droog in The Lab LA on Mixmag's Facebook page on Friday 8pm PST.