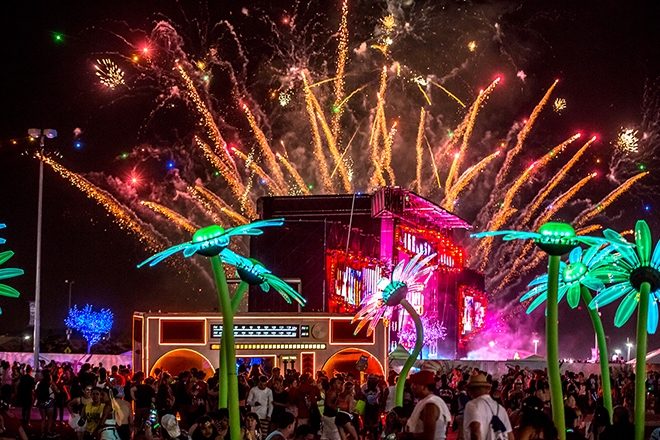 Today, Insomniac Events has announced that it will be bringing its flagship festival, Electric Daisy Carnival (EDC), to the city of Seoul, South Korea for the first time in 2019.

Setting up shop at the colorful, neon amusement park, Seoul Land, Insomniac promises a event unlike any EDC to date with roller coasters, carousels, arcades, bumper cars, a virtual reality cafe and more. Insomniac will put together a line-up of top-notch local and international talent to headline the event.

“Right now, there’s an energy around dance music in South Korea that inspires us to bring EDC there," says founder and CEO of Insomniac Pasquale Rotella in a recent press release. "We have a great venue, an amazing partner, and most importantly, a community that is embracing dance culture in an exciting way."

In addition to hosting its annual events at their established US locations of Orlando, Florida and Las Vegas, Nevada, EDC made its way to Tokyo, Japan and the Chinese cities of Guangdong and Shanghai in 2018. It is safe to say that Insomniac Events has done a phenomenal job at making the most of Asia's fast-growing market for dance music.

Check out a video teaser of the announcement below