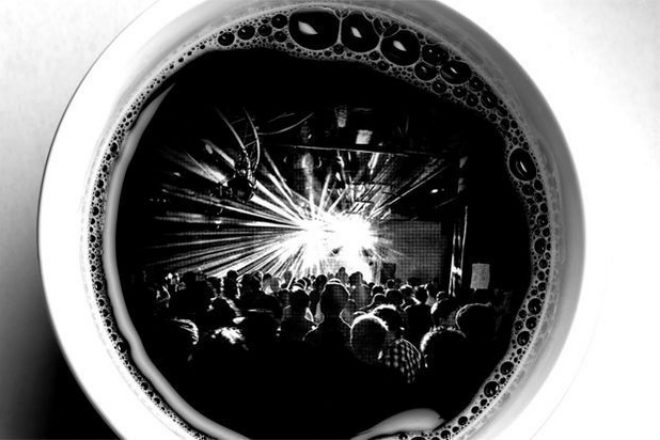 A bracing Sunday morning in late October and Mixmag is entering the bowels of London's most revered club. Powered only by strong coffee and a few preparatory pints in Wetherspoons, walking into Fabric pre-noon on a Sunday is frankly unnerving. Even familiar faces throw you off-guard as you near the famous bodysonic dancefloor. But in amongst all that nervous energy sits the familiar feeling of exhilaration. You're not really meant to be in a club at this time on a Sunday (unless you're just about to leave) – which, frankly, makes it all the more exciting.

If nightclubs are our generation's places of worship then Sunday is still the holiest day. In the past, partying on the Sabbath evoked images of mangle-faced clubbers sleepwalking onto dancefloors after a weekend of larging it, with party names like Zombies Ate My Brain and Dig Your Own Rave attracting the jaw-chomping undead. These days, however, it's more espresso than ecstasy. Sunday is when the club tourists are in bed welling up at the Hollyoaks omnibus and the discerning dance music enthusiasts are up, bright as a button, and ready to dance. It's not a time for hardcore hedonism – but for paying respect to the decks.

Summer is prime time for Sunday partying, with warmer weather (well, most of the time) lending itself to day-long dance odysseys on rooftops and terraces. But it hasn't stopped for winter. Shoreditch club XOYO recently launched a series of monthly Sunday parties, Sunday Love, at its sister boozer, The Old Queen's Head, in Islington, London. The pub is already popular for its Bugged Out! shindigs on New Year's Day, and Sunday Love continues that reputation among those in the know, harking back to the UK's legendary pub-club days in the mid-90s, where events like Chemical Brothers' Heavenly Sunday Socials were a must-attend. The line-ups in January, February and March include disco stalwarts Ivan Smagghe, Daniel Wang and Daniel Baldelli.

Parties like secretsundaze and Glasgow's Optimo have long set the bar for cool Sunday clubbing, and they've done so by cultivating a following that likes to get down to DJs playing longer sets. You won't hear the latest Beatport bangers smashed together; these are opportunities for DJs to get more eclectic and build a dancefloor their own way. Liz Mendez, who runs Sunday costumed house party and Burning Man favourite, Kubicle, says that seasoned DJs prefer to play them, too, and find clubs like hers "a good opportunity to play to a more intimate, vibey crowd."

Transatlantic party Mister Saturday, meanwhile, goes to great lengths to ensure everyone is heads-down rather than heads bobbing in front of a selfie stick. For their latest run of Mister Sunday specials at Oval Space in East London they enforced a no-phones rule. And, far from the usual pitch-black club vibe, they open the blinds and let the sun in, giving their party a welcoming, Balearic feel. Food stalls and ping pong games help turn it into the coolest youth club you never went to.

Most importantly, though, Sunday parties hark back to clubbing's rebellious roots. Staying out until 8am on a Friday or Saturday has become as commonplace as a deep-V and top bun combo, whereas being in a club when you know you've got work or study the next day feels genuinely subversive. Jaded's Krista Herron, who has been getting techno enthusiasts up on Sunday morning for the past 10 years, agrees. "I like to think that the spirit of [Sunday clubbing] is very close to punk. People don't want to zombify themselves," she says. "It's about losing yourself, not getting lost." Start forging those doctor's notes now: Sunday clubbing is here to stay.

Fuse, London
In little over six years, Fuse has gone from a back-room of a bar session to regularly filling East London's 800-capacity Village Underground on a Sunday afternoon with their signature dub-house and techno sound.

Fly Club At Sub Club, Glasgow
Few party harder than the Glaswegians, even on a Sabbath session. Fly Club launched this year, in Optimo's former slot, and has hosted David August, Erol Alkan and Waze & Odyssey.