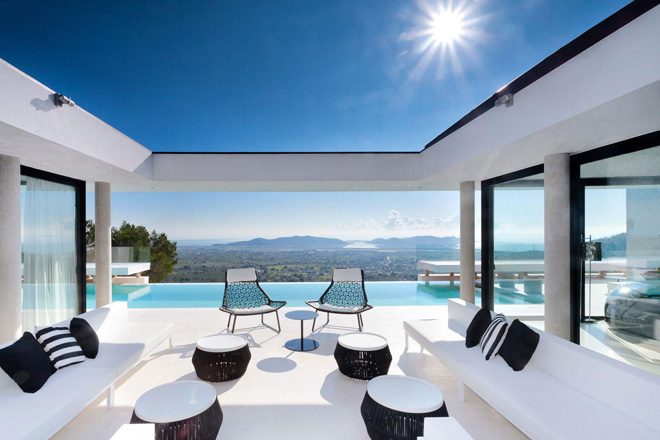 Ibiza is bringing a new law into effect in time for this summer which will make it tougher to get accommodation on Airbnb and other tourist rental platforms, reports El Confidencial.

The City of Ibiza Council has voted to prohibit the rental of housing to tourists throughout the district of the White Isle it governs. Similar measures were taken by the City Council of the Santa Eulària des Riu district last year.

From May throughout the summer Ibiza becomes a ‘real estate jungle’ as tourists flock to the island, and resident workers struggle to pay rent and are left living in box apartments or even vans. The local government sees this as unacceptable and the tourist rental ban aims to prevent workers having to live in such conditions again.

Vincent Torres, the general manager of the City of Ibiza Council’s tourism department said: "The living situation [in Ibiza] has become unsustainable due to the increase in people using digital accommodation brokers [such as Airbnb]. We want to shift the housing situation to benefit long-term residents of the island, as things have spiralled over the past few summers – to no one’s benefit."

The main island government shares similar views to its councils, and are hoping to bringing new regulations as soon as possible.

After the question was posed to the councils over which areas rental accommodation should be allowed in, a unanimous vote ruled that only plots that are already qualified as tourist land, such as hotels and licensed establishments, will be available for tourist rental.

Only a handful of districts will still allow single-family villas to be rented out.

Many businesses and owners do not seem to have been put off by this, and continue to offer accommodation on Airbnb.

Vincent Torres said: "We already have various acts in place to deal with landlords, and we’re going to really come down on them now more than ever, as we finally have the systems in place to take action. We’re also going to be processing the people marketing these properties, with whom we have a massive issue with, as they tend to do their work from behind closed doors, rather than actually marketing properties in an official manner."

The town hall of Santa Eulària des Riu said: "It’s going to take longer than a year to put an end to this, and it’s likely that the tourist apartment culture, as well as cases of people living in squalid conditions due to the exorbitant prices of rent, are going to stay the same over the course of this summer. Despite that, the Balearic Tourism Law is a very important first step in towing the line to one day put an end to all this."

Airbnb has released a statement, saying: "We want to work with officials in Ibiza on common sense rules that help local families benefit from tourism in their communities - not just hotels. Airbnb accounts for less than 5 per cent of visitors to Ibiza and boosts the Balearic economy by more than half a billion euros - money that typically stays with local families and business."

The company has also stated it's requested meetings with Ibiza officials but has not had a response.

According to the Hoppa travel operator, Ibiza is already the eighth most expensive destination in the world, and visitors need an average of £204 a day to stay there.

Read our investigation into the accommodation crisis in Ibiza here.