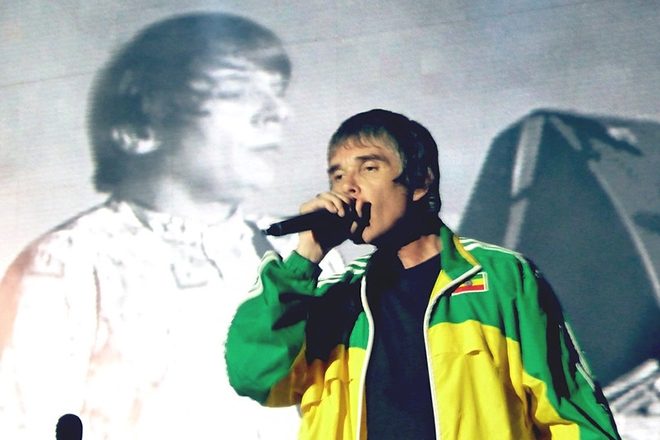 Ian Brown has pulled out of a festival headline performance after claiming that the event requires vaccination as a condition of entry.

The former Stone Roses frontman was due to headline the Neighbourhood Weekender in Warrington in September, but has now cancelled his appearance, writing on Twitter: “My Saturday night headline show at NHBD Weekender Festival will now not happen! I refuse to accept vaccination proof as condition of entry. Refunds are available! X”.

My Saturday night headline show at NHBD Weekender Festival will now not happen! I refuse to accept vaccination proof as condition of entry.Refunds are available! X

The use of vaccine passports to help clubs and festivals return is currently under review the UK government, and they are also being implemented to aid foreign travel to destinations such as Ibiza.

Neighbourhood Weekender has not commented on whether attendees would be expected to be vaccinated. It posted a statement on Twitter, saying “like all festivals, [we] will comply with the conditions outlined by the Government through the Local Authority. No decisions will be taken by Government until 21 June at the earliest.”

Ian Brown is a noted COVID and lockdown sceptic, who has been using his Twitter account to regularly share disinformation about coronavirus, anti-vaccine, anti-mask and anti-testing sentiment, and campaign against the possible use of vaccine passports.

On February 26, he wrote: “I will NEVER sing to a crowd who must be vaccinated as a condition of attendance. NEVER EVER!”.

The following day he urged festival promoters not to collaborate with SAGE and the government on vaccine passports, describing their use as “the new nazi normal”.

He has been replaced on the Neighbourhood Weekender line-up by Manchester indie band James.

There has been mixed messaging from the government as to whether vaccine passports will be implemented, with vaccine minister Nadhim Zahawi saying it would be "discriminatory", before Prime Minister Boris Johnson unveiled the plans to review their use.

Earlier this week Reading and Leeds festival organiser Melvin Benn told The Telegraph that any ticket holders for the sold out August event who have not been vaccinated will likely be required to produce a negative COVID-19 test in a health passport to gain entry.

Festivals across the UK have been selling out since the government unveiled its roadmap to reopening the economy, with the aim of allowing clubs and festivals to return from June 21. A recent report indicated all willing adults in the UK could be vaccinated by June.

However, the lack of cancellation insurance offered the government is causing concern among the industry.