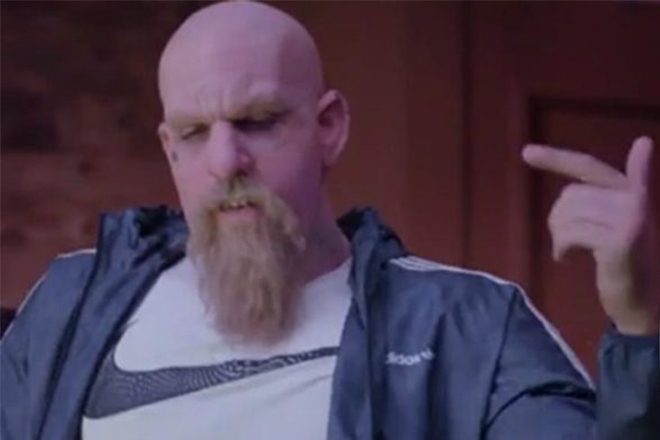 Scottish super-producer Hudson Mohawke has released the full EDM "troll track" he created for an episode of Sacha Baron Cohen's new Showtime series, Who Is America.

In the segment, Cohen plays Ricky Sherman (aka DJ 5olitary), a bald and off-putting ex-convict who is trying to take his experience from prison and turn it into a DJ career.

DJ 5olitary manages to swindle a producer into getting him a gig at the nightclub Sway in Ft. Lauderdale, Florida, where he plays out Hudson Mohawke's screeching production which was constructed using "prison samples." Titled 'Cell-by-date (feat. Steve, Derek, and some bloke off the nonce wing)', the track features the sounds of toilets flushing, exaggerated sex noises, pissed off cell mates, the metallic smash of lunch trays and people being stabbed.

DJ 5olitary has even gone as far as to launch his own Twitter account. A crucial step for any aspiring DJ/producer.

You can watch the hilarious segment by going here.

Giving back to society by letting you download my song for free. Thanks to the lads on G Wing for giving their support and lives to this project - Rick AKA DJ 5OLITARY. https://t.co/S7uX6gpLKV