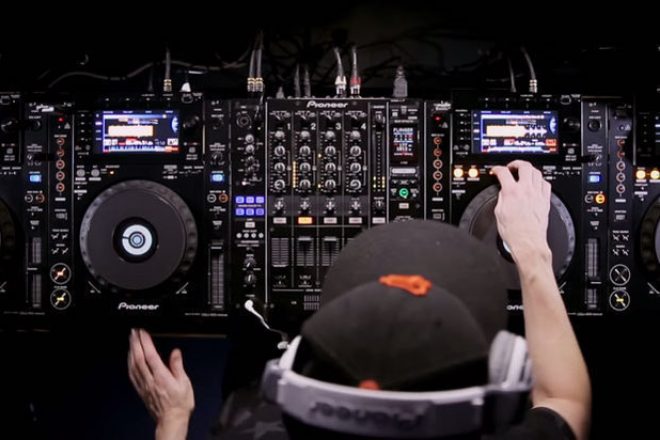 Pioneer is selling its DJ division, which has been the market leader in DJ equipment for over a decade.

The company has been responsible for many of the mixers and CDJs that we cherish and, most importantly, have been instrumental in changing and evolving the way we DJ today. Plus it's been brave enough to release a few products that didn't quite take off.

With that in mind, we chart 10 of Pioneer's greatest innovations.

1996 - DJM-500
The world's first four-channel DJ mixer with onboard effects, although sadly also responsible for allowing excitable DJs to soak each mix in a frenzy of delay and reverb.

1998 - EFX-500
The world's first dedicated DJ effects unit that ushered in a new era of creativity into DJing.

2001 - CDJ-1000
The first ever CD player to replicate vinyl control and a godsend for vinyl DJs with bad backs everywhere. There were so many innovations, from reverse play to waveform display on this player that it was destined to change DJing forever.

2002 - DMP-555
Just as the MP3 was taking over the world, Pioneer's next groundbreaker was this multimedia player that was the first to be able play MP3s from an SD card as well as from a CD. It was a harbinger of what was to come with Pioneers's USB drive-friendly CDJs that began to spell the end for the big and bulky record bag.

2004 - DJM-909
The first two-channel scratch DJ mixer with a touch screen LCD screen as well as onboard effects.

2008 - SVM-1000
Just as VJing was becoming a buzzy new area of musical endeavour, Pioneer released the first four channel DJ video mixer with touchscreen
audio and video FX. Sadly, multitasking was beyond most DJs and few carried on the art of video as well as audio club mixing.

2011 - DJM-900nexus
This four-channel industry standard DJ mixer was to take the world of effects-laden mixers into overdrive with its combination of LFO controlled effects and manually manipulated filter effects on each channel.

2009 - CDJ-2000
The DJ media player that, with the help of USB technology, reduced the record bag (for some) to pocket size. Although the CDJ 400 had the first USB input, the 2000 took the feature to the masses in much greater numbers helped along by other irresistible features like sync control and wifi linakability.